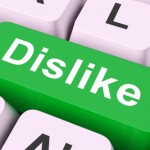 Pretend for a moment that you operated your business inside of an alternate universe, and you wanted to go out of your way to make your colleagues despise working with you, and hate hearing your name.

You say that you wouldn’t know how to go about the task? Below are six simple examples that you can implement that will make your colleagues loathe you, immediately.

You Brag About Telling Potential Clients They Suck

Have you ever met the person who was literally too ignorant to recognize what everyone else recognized about them?

I had that experience when I read a social message published by a colleague who was hunting for a job with a corporate employer.

They boldly stated that the employer’s job posting copy read like a bad comic strip. Okay, everyone’s entitled to their opinion-fair enough, right? Only, the colleague took things many shades too far.

They proudly announced that they contacted the prospective employer with a message that informed the employer that their job posting read like a bad comic strip, and if the employer hired them, then they could fix all of the“bad copy” issues with their obvious brains and talent.

Yes, this is a true story!

And, while I personally don’t despise the writing colleague, I’m sure that their message did little to endear them to their prospective employer.

Seriously, I don’t know who came up with the idea of telling prospective employers or clients that they suck, but you should know that it was probably some mind-bending sadist who wants to make a fool out of you!

If you’re using this as a marketing strategy, then in the name of your professional reputation and your bank account, I’m begging to stop this right now! 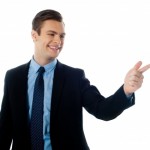 You’re The Know-It-All Who Clearly Knows Nothing

Do you know of the self-appointed guru that feels the need to admonish, teach, and impart lessons that they’ve clearly not mastered themselves? I came across that person about a month ago.

There they were, thumping their chest about how successful they’ve become because they were willing to put in unrealistic hours of time into their work projects.

Of course, if anyone else desired to be as successful as they obviously are, then their imitators should be willing to work themselves to the bone as well.

But, here’s the kicker-the guru made the mistake of announcing how much money they earned per month. When I crunched the numbers, I realized a couple of things:

Yet, the guru felt that they were cooking with gas, and if we were smart, we’d clearly follow their lead!

Keep this in mind: As you climb up the ladder to success, it’s never a good idea to step on the hands or toes of fellow colleagues who are also making the climb in their own way, at their own pace, and in the manner that’s best suitable for their needs.

After all, you might need for them to catch you on your way down, and it’s hard for anyone to have your back when they’re too busy laughing at you!

You Create Weird And Obnoxious Screen Names On Social Media

We’ve all seen social media screen names that would make Howard Stern blush, but these things happen. However, this should never happen if you’re trying to build your professional brand, even if the weird or obnoxious screen name is attached to your personal social media account.

Yes, your personal life is yours, but there are many out there who make professional judgements based upon one’s personal life. Do you really think that your colleagues want to be affiliated with someone who feels the need to shove a skeevy  screen name down someone’s throat?

Do you really believe that your colleagues will introduce you to their professional contacts, or sales prospect leads?

You Exploit The Faults And Weaknesses Of Your Colleagues

Here’s another true story that you might have experienced with your colleagues-I’ve been approached by others for contract and sub-contract opportunities. In the midst of arranging the project, I’ve been asked for samples of my work, along with my portfolio.

But, in a few cases, I’ve realized (in retrospect) that there are a slimy breed of freelancers who love spying on the work of naïve colleagues who are looking for expanded work opportunities. These are professional predators who ask for samples of your work so that they can:

It might feel good to be the slick person who uses covert tactics to advance your career. But, if you’ve really got the goods, and if you believe in yourself, then is all of this really necessary?

Wouldn’t your time be better spent thinking about ways to improve your skills, offer value to your clients, and find new clients without worrying about what your colleagues are doing?

Okay, so imagine that you’ve asked for feedback about new product or service package from a trusted colleague who claims to be your friend.

Now, imagine experiencing the shock of reading a social media post from your colleague and friend, announcing that they’re offering the same product or service that you trusted them with!

Now, imagine mustering the courage to clear the air with said colleague, only to have them throw you under the bus on social media in front of other colleagues-again!

They do this by announcing that they’ve messed up a colleague relationship by behaving overly competitive, and that they’ve learned a very valuable newbie lesson (and thus, eliciting sympathy from fellow colleagues).

But then, they publish your name in reference to the incident, allowing others to recognize that you are the colleague who is angry with them! 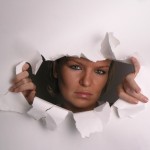 In common terms, this is a person who’s throwing shade or is acting shady, and if you’re good at your job, or if you’re gaining recognition in your field, then it’s probably happened to you.

Why Would Anyone Cause Their Own Alienation?

There’s several reasons why someone would behave in ways that cause their colleagues to despise them, whether they realize it or not. One of the most common reasons is because they have a personal point to prove.

I wrote in an earlier article how some people bring their personal back-stories into professional situations. They lacked attention and recognition. They weren’t very self-assured or popular. They might be still battling personal demons.

They transfer their toxic emotions, such as jealousy, fear, doubt, and disenchantment. No matter what they’re dealing with, they’ve never learned personal accountability-it’s them against the world, and they’re out to win at all cost.

This leads to the second reason why freelancers and entrepreneurs often sabotage their professional reputations and relationships- they’re experiencing their first real taste of personal power. This usually takes place within insecure personalities, but there’s those who struggle with narcissism, and anti-social tendencies.

But, even if none of this is the case, there are those who simply lack personal morals and professional etiquette. To be plain, they’re classless!

Hopefully, none of these headings resonates with your personality. You go out of your way to build positive, helpful, mutually-beneficial relationships with your client and colleagues.

But, it’s always a great idea to be on your guard to make sure that you’re not falling into any of these career-busting personality traps. After all, bad news travels fast, and building a business brand is challenging enough.

Why make things harder for yourself than they have to be?

* All photos courtesy of Freedigitalphotos.net

by Terri Scott
Terri is a content marketing storyteller and strategist. She teaches marketing and entrepreneurship through stories for marketers of all stripes. Her specialty is creating narrative and she writes essays and memoir in her spare time. You can view her work at terriscott.contently.com, and she'd love to hear from you: https://www.facebook.com/profile.php?id=100011073971177
Previous 5 Proven Strategies for Earning More Money in Less Time
Next 6 Ways That Being the Class Clown Can Improve Your Marketing