Tire Kickers: How To Diagnose These Time And Soul Suckers 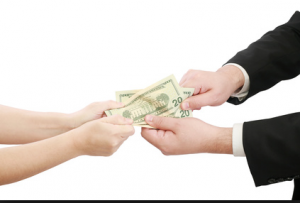 Now there’s a phrase that invites as much joy in the hearts of business owners as, say, poison ivy rash, or mosquitoes.

At the very least, tire kickers are just as annoying, and at the very worst, tire kickers will make you want to scream! But just like poison ivy plants and mosquitoes, learning how to deal with them (and hopefully avoid them) is part of your growth as a business person.

Although we often fling around the phrase with derision and disgust, we often don’t take the time to delve into this phenomena. Who are tire kickers? What are the distinguishing marks of a true kicker?

Are they secretly sent out from the darker forces in the universe to steal our joy and ruin our plans? And is it necessary to deal with them on our journey toward landing our idea clients?

Let’s do some unpacking and learn more about this topic, and how you can deal with them without feeling kicked around!

Who Are Tire Kickers, Really?

Literally, a consumer who earns the label of a kicker is someone who shows strong interest in purchasing a product or service, yet there’s always a reason why they don’t (or won’t) making a buying decision.

For example, I’ve had so-called potential clients who chased me via internet platforms. I could almost hear their panting breath through my computer screen as they practically begged me to start writing for them! But when it came time to start negotiating my fees, they’d:

None of this led to my being able to generate revenue or put work on the books. The wanna-be prospects wasted my time, my personal energy, my professional resources, and they took time away from other prospects (or projects) I could have pursued instead.

Can you relate? Have you ever felt silly for believing that the wanna-be was ever serious about hiring you? Have you ever felt like the rug was pulled out from under you? And do you want to figure out how to avoid experiencing that feeling, ever again?

Why Do They Torture Us?

In most cases (like 99.9 percent of the cases), kickers aren’t trying to cause harm on purpose!

That’s right! In fact, the kicker probably isn’t thinking of the vendor at all! They have their own agendas in mind, and there are several flavors of kicker-behavior (some we’ve talked about before). They are…

Value price shoppers: They’re simply looking for the lowest price possible. This is because they’re either financially stingy, or they’re working with paper-thin purchasing budgets.

Entitlement shoppers: They’re resentful that they need to spend money on our products and services. They’d much rather take care of the job themselves, but they’re wise enough to know that they aren’t equipped to do the job on their own (or they don’t have the time).

Clueless shoppers: They honestly aren’t educated on what they should be spending when they ask us for a price quote. Or they are honestly decision-adverse. They don’t know what they want, and they’re so afraid of making a wrong decision, they become paralyzed in their choices.

But the worst part about the last type is that they tend to blame us for their lack of decisiveness! How often have you attempted everything up to standing on your head to try to prove to these types that you’re the right person for their needs (to no avail)?

What Is Their Impact On Our Businesses?

Are we making too big of a deal out of the kickers? At the end of the day, we’re not spending money by entertaining their (often) meaningless requests, right?

And one other thing: Time-wasters have a negative (and sometimes toxic) impact on our self-esteem as business owners and service providers. It takes a lot of faith and guts to strike out on your own, and if you have contractors and employees working for you, then you’ve got to maintain extra confidence and strength.

Time-wasters chip away at the resources you need while making you question your decision about being in business!

Do You Really Need To Humor Them?

Let’s talk about a prevailing theme in business, particularly in countries where there’s a high premium placed on providing excellent customer service at all costs (like the U.S.).

The prevailing theme is that the vendor must entertain any and all inquiries, even long after it’s become apparent that the wanna-be isn’t interested in what we have to offer.

Some of you reading this might be wondering if you’re going to create a bad reputation for yourselves (or your brand) if you decide to put your foot down and stop dealing with tire-kickers.

The answer is this:

Find the most diplomatic way to kick tire-kickers out of your sales funnel, but do it as soon as possible, and often!

So stop taking personal responsibility for bad prospects who won’t matter at the end of the day. Don’t worry-they’ll find another vendor to latch on to, wasting their time while you’ve moved on to prospects who respect your time and what you have to offer.

It’s just what they do!

Perry Marshal was quoted from his book, 80/20 Sales And Marketing in a recent Entrepreneur Magazine article. The article listed five ways to diagnose client attributes that must be in place before a sale is made.

By learning how to diagnose your client, you’ll often become accustomed to finding signs that they’re either not ready or able to give you a sale.

But if you’ve found that you missed important signs and you’re currently in a strangle-hold pattern with one of these time-wasters, then you could follow salesperson Dennis Kucinski’s example.

Dennis was quoted in a Selling Power article because he finally found the nerve to put his time-waster on notice. He said:

Do you ever intend to buy my product, or do you simply delight in watching me jump through paperwork hoops?

Wow! Now note, the article also said that, “The words stuck in his throat…”. However, after availing himself to the prospect for five long years, he finally decided that there were no excuses left. After all of the inquiries, the prospect was either ready to do business, or not.

But no matter how long you’ve decided to allow the stringing-along to continue, know that you owe it to yourself and your business (and to your contractors and employees) to stop playing possum with tire kickers.

Know that kicking around is what they do. Don’t take it personally, but don’t take it lying down, either!

by Terri Scott
Terri is a content marketing storyteller and strategist. She teaches marketing and entrepreneurship through stories for marketers of all stripes. Her specialty is creating narrative and she writes essays and memoir in her spare time. You can view her work at terriscott.contently.com, and she'd love to hear from you: https://www.facebook.com/profile.php?id=100011073971177
Previous 3 Heck-Yeah Reasons Why Contracts And Proposals Matter
Next The Elon Musk School of Business: 7 Tips You Can’t Afford to Miss