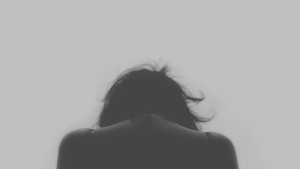 There’s a secret relationship that you’ve probably been involved in that is so toxic, you’d die of humiliation if any of your friends or colleagues learned about it. At some point in your personal or professional life, you’ve flirted with or have enjoyed a full-on relationship with failure.

You knew that it was wrong and that no good would ever come of your entanglement with failure. And yet, you’ve found yourself sucked into its seductive vortex of victimization, reasoning, rationalizing, and engagement. You might argue that you hated every minute of your torrid affair with failure, but let’s admit something between friends:

You craved it. You longed for it. And, at times, you begged to engage it as often as possible.

Why would you or anyone else subject themselves to the shameful cycle of failure addiction? Why would an otherwise smart and ambitious entrepreneur engage in such a self-destructive pattern? Is there any reasoning for something so illogical?

Well, in fact, there are reasons why you or anyone would court a failure relationship.

But, first, we’re going to pull back the dark, tawdry curtain of shame, revealing the secret motivations of the entrepreneur who’s in the thick of their toxic relationship with failure.

There’s an old saw that goes something like this: Sometimes, the anticipation of our worst nightmare is so prevalent, we’ll create the conditions for the worst to take place. You can see how this might take place in the life of a new entrepreneur or in the life of the entrepreneur struggling with imposter syndrome.

The toxic relationship with failure blooms because the entrepreneur is so fearful of bruising their ego if they fail, they’ll engage in a series of horrendous behaviors and stiffing decision making processes. Their goal is to expedite failure – they want to become free of their crippling imposter syndrome.

An example of this includes the newbie entrepreneur who hides behind industry-related books, seminars, training programs, and social media relationships. Yet, for all of their learning and engagement, they fail to come up with a viable marketing plan that allows them to at least recoup the cost of all of their training materials.

Another example is the entrepreneur who abuses or neglects their prospects with horrible social media engagement, terrible customer-service, and poor branding. They can’t turn their customers off fast enough!

The entrepreneur who’s in this sort of relationship with failure is usually someone who has been around the block and is used to being the thought leader and the innovator. But, since all things must evolve, they find themselves at the crossroads of learning new skills to grow, and staying on their lonely, tired road full of figurative pot-holes, and mud.

You’ll immediately know that you’ve found this sort of entrepreneur because they’ll create every roadblock imaginable to impede progress, or reason. They simply don’t see the need to do things differently than how they’ve succeeded in years past. Since they’re a particularly spiteful breed, they’ll often make life hard for themselves, just to make life hard for you.

A certain political battle that took place in Congress during the Fall of 2013 comes to mind, for example.

Even more twisted is the entrepreneur who’s so afraid of their inadequacies, they sabotage their relationships with vendors and colleagues. They do this in order to throw these relationships off balance, while maintaining a level of manipulative control behind the scenes.

These are the people who gain your trust by asking you to engage in venting/strategy sessions, only to immediately turn around and pass off your ideas as theirs. These are also the people who think nothing of offering their services to a competitor without offering the courtesy of a “heads-up”, even though it will create a conflict of interest.

On the other end of the spectrum, they refuse to trust in the motivations and the skills of the people they hire. This is the type of entrepreneur who often surrounds themselves with “yes” men (or women). They often create cults of personality, and they delight in bullying those who don’t fall in line with groupthink, regardless of how talented or honest the bullying target is.

And, they love stirring the pot by pitting colleagues against each other, then standing back with the popcorn while they watch the fireworks.

When it comes to the question of nature or nurture, the entrepreneur who’s trying to settle old scores has a particularly addictive relationship with failure. This is the type of entrepreneur who didn’t receive enough hugs as a child, or perhaps they were made to feel like the black sheep of the family. They might have also received a negative label in school, and now, every area of their adult life is all about getting back at the people who mocked and laughed at them.

These are the type of entrepreneurs who consistently create failure in their professional and often, their personal lives—they need to justify their bitterness. For example, they refuse to believe that everyone isn’t as enamored with their product or service as they are, although their ideas might suck. Having a point to prove, this type of radioactive entrepreneur drags down their business, themselves, and everyone associated with them. Reasoning with them is futile.

This sort of entrepreneur throws some of the best pity-parties imaginable, complete with balloons, sparklers, and champagne. Once you get sucked into one of their parties (with failure as the guest of honor, natch), they’ll regal you with tales about how the world is out to get them, how they know that they’ve been set up for failure because of (fill in the excuse), and the playing field of life is level for everyone else, except for them.

Turning It All Around

It’s usually advisable to run fast and far away from toxic relationships, forever. But, the relationship you might be experiencing with failure isn’t a relationship to leave. Sure, you’ll probably need to take a break from the relationship in its present state, but there’s every reason why this formerly shameful, pathetic relationship pattern can become one that produces viability while allowing you to grow, and thrive.

And, you’ll be amazed at how shockingly simple turning things around can become. No, changing old habits might not be easy or pain-free, but the process is quite simple:

1. Admit that you have a dysfunctional relationship with failure.

You can’t change what you don’t cop to. Stop looking at failure as the big, bad boogie-man who’s hiding in your closet, ready to swallow you whole. Start looking at failure like the kind, gentle coach who shows you that you’re moving in the wrong direction while guiding you towards the right path.

There comes a time when you need to stop talking out of both sides of your mouth. You stood up for your talents and your dreams when you decided to leave the corporate herd to become an entrepreneur. But, at the same time, you live in terror of not being good enough to stand on your own as an entrepreneur.

Author and teacher Steven Pressfield states the following: “The payoff of incapacity”—a high born of failure that absolves you of the burden of hard work, success and accountability.”

Yes, leaving the herd can be frightening. It’s probably not how you were raised to operate in the world. But, if you truly didn’t believe that you were capable, you wouldn’t have taken those first steps to begin with. So, pull up your big boy or big girl pants, and learn how to face your fears. Learn how to survive the fails, because you will fail, time and again.

3. Success is on the same road as failure.

Contrary to popular belief, success isn’t mutually-exclusive from failure. There’s no such thing as reaching the nirvana where failure ceases to exist. And, failure doesn’t exist in a vacuum or inside of a parallel universe that’s inhabited by those who are damned to, well…fail. The fact is, success and failure have a very symbiotic, functional relationship with each other. And, the only way to realize success is through failure.

by Terri Scott
Terri is a content marketing storyteller and strategist. She teaches marketing and entrepreneurship through stories for marketers of all stripes. Her specialty is creating narrative and she writes essays and memoir in her spare time. You can view her work at terriscott.contently.com, and she'd love to hear from you: https://www.facebook.com/profile.php?id=100011073971177
Previous Is It Better to Be Average?
Next Elements You Should Include in a Design Contract Template