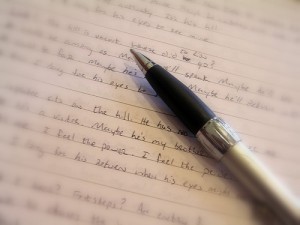 The written word has never been so powerful.

Whether it’s through emails, text messages, business websites, or something else, it frames many key interactions with prospects and customers.

Everyone is a writer these days. Forget the fact you might not be getting paid to do it. Chances are you still write a good deal. If you want to succeed in today’s ultra-competitive environment, it’s imperative you express your message clearly and effectively. You must be understood!

Here’s the good news: even if you dislike writing, there are plenty of practical tips you can learn to create an immediate impact on your prose. With just a little care and attention, you can apply them without too much trouble. No expensive writing courses or seminars needed.

Writing Is More of a Craft Than You Might Think 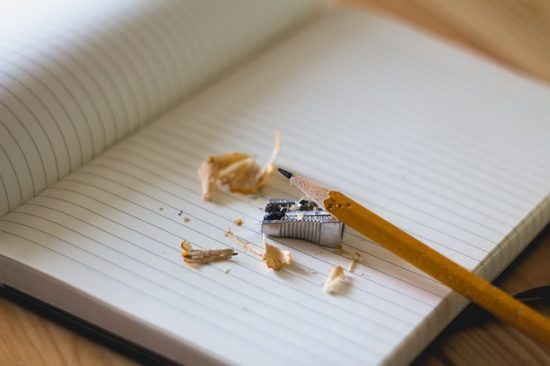 Many people see writing as an art. Writing well is for geniuses like Hemingway and Faulkner. It’s viewed as something that can’t be learned – like height or hair color.

But the reality is writing is more of a craft than you might know. You don’t have to put in thousands of hours and become a master. If you can grasp the tools of the trade – tools all types of writers rely on – you can communicate more effectively with your leads and customers.

Here are some of the most important tips you can apply and make an immediate impact:

This is one of the most common writing tips around. Unfortunately, it’s also one where a lot of people screw up!

Sentence structure matters. In English, we prefer active sentences instead of passive ones.

Here’s an example of a passive sentence:

The hurricane is predicted to be the largest in decades by meteorologists.

There’s nothing inherently wrong with passive sentences. They just tend to be wordy and indirect: not a great recipe to get people’s attention. A simpler active construction (which goes subject, verb, then object) is easier to understand.

Here’s the same example reworked to be active:

Meteorologists predict the hurricane will be the largest in decades.

Many writers make sentences longer than necessary because they pack in words which don’t add any real meaning. And when you factor in readers’ shrinking attention spans, words that don’t add meaning become liabilities.

Here are a few common fluff words and phrases to look out for:

And now, a fluff-filled example in all of its terrible glory:

It makes me furious when Richard, the office manager, leaves 30 minutes early every day.

This variation gets the point across faster than the first. There are fewer words and chances for confusion – exactly what keeps people reading. 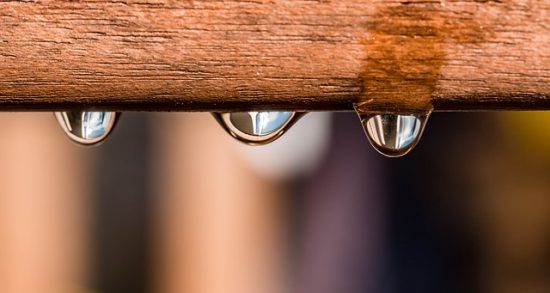 It’s great for writers to have a large vocabulary as their disposal. Every word is a tool, and it’s always an awesome moment when you pull out the perfect one to convey your message.

But using big words when small words would do slows down the reader. It doesn’t make them view you as smarter; using unnecessary complex words actually makes them see you as small-minded.

If you have to choose between being clear and clever, choose clarity every time.

Here’s a short list of corporate speak words along with simpler options you could use to replace them:

You get the idea.

Vivid descriptions separate content we love from the boring stuff. To create those descriptions, writers need a specific set of tools: adjectives.

We use adjectives all the time. That might explain why so many of them come off as flat and lifeless. How many times have you read a news article featuring a “cold winter” or a “corrupt politician”?

These weak adjectives are used so often you probably skip right over them. They don’t stand out; they’re anything but compelling. Sometimes writers make things even worse by tacking on fluff words, like “very” or “rather.”

Opting for stronger adjectives adds dramatic flair – the kind of flair that makes your content memorable.

Here are some weak adjectives and stronger alternatives:

Writers paint pictures with their words. Details make those pictures vivid in readers’ minds. A few well-chosen details are all it takes to make a reader feel like he or she is really there.

A long commute was one of the biggest motivators to quit my job and start my own business.

I dreaded the moment that alarm clock rang. That sound meant I would soon spend 50 minutes trapped in my car, flipping between awful radio morning shows, swerving around potholes and drivers determined to see how little space they could leave behind my bumper. All that – just to get to a job that didn’t inspire me but sapped my energy.

Which version resonates stronger with you?

How can you be more specific next time you write? Can you give any concrete examples? If so, you’ll make more of an impact than sticking to vague language.

Many writers like to use variations of “to be,” a helping verb (also called an auxiliary verb). This is perfectly fine every one in a while. But if you use them too often, the result is a longer, more complex sentence structure.

Rephrasing “to be” language will help you cut out unnecessary words while still retaining meaning. Here are some examples of sentences using “to be” variations:

Here are those same sentences simplified by stripping out “to be”:

Typical business writing advice urges us to always use short sentences. Bloggers are notorious for this. Use a few words. Period. Move on. Make your next point.

Short sentences are powerful. But when you pack too many of them together, the writing gets choppy. It sounds like it’s written by a machine, not a person. Readers’ eyes start to glaze over.

You can keep people interested by varying your sentence length, consciously creating a “rhythm” to your prose. Here’s an awesome example of the concept from author Gary Provost:

This sentence has five words. Here are five more words. Five-word sentences are fine. But several together become monotonous. Listen to what is happening. The writing is getting boring. The sound of it drones. It’s like a stuck record. The ear demands some variety. Now listen. I vary the sentence length, and I create music. Music. The writing sings. It has a pleasant rhythm, a lilt, a harmony. I use short sentences. And I use sentences of medium length. And sometimes when I am certain the reader is rested, I will engage him with a sentence of considerable length, a sentence that burns with energy and builds with all the impetus of a crescendo, the roll of the drums, the crash of the cymbals – sounds that say listen to this, it is important.

Editing is what makes writing truly shine. Too many of us skip one of the most important steps; we don’t read our text out loud.

Often, sentences that look good on paper unravel when you read them. So give this tip a try. Find anything difficult to get through? Places where you stumble?

Those obstacles are the perfect opportunities for revision. 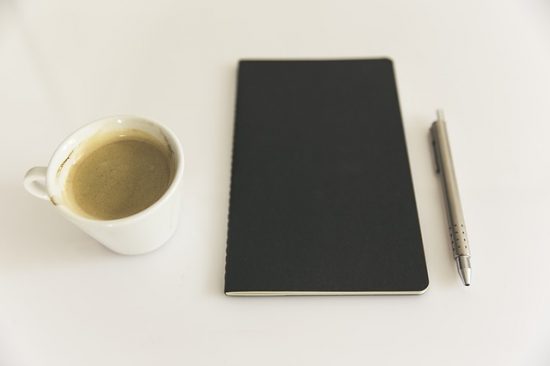 When editing your writing, you could do far worse than hitting Control-F and scrapping “that” every time it shows up.

This tip isn’t a commandment. In some situations, you need to keep “that” for a sentence to still make sense. But 95 percent of the time it’s just a filler word. Get rid of it, and strengthen your prose.

Here are a few before and after examples:

Now, with “that” removed:

Here’s another filler that muddies up sentences and slows down readers. There’s always an easy way to rewrite it to make the sentence shorter and more powerful.

Here are a few examples:

Here are the revised versions:

You cut the unnecessary word without losing the meaning.

Some writers pepper in tons of filler phrases without even realizing it. Maybe they’re trying to be polite or not offend any of their readers. But what they’re actually doing is weakening their content.

Here are a few wishy-washy phrases that crop up over and over again:

Most of the time you can delete these without thinking twice. 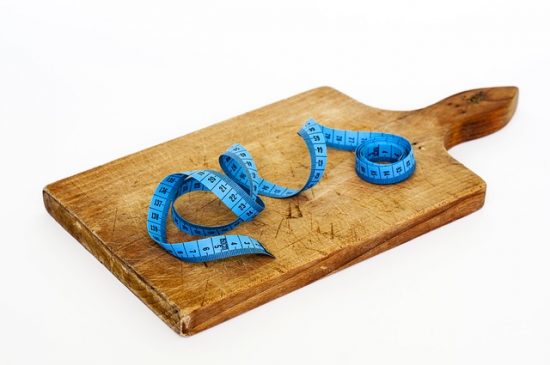 Many of us make great points in our writing, but they’re hard to find. Busy readers can’t get past the filler language, unnecessary repetition, and rambling to dig out the gems.

The more you can edit these out of the end product, the easier it becomes to communicate (and persuade) effectively. It’s time to get ruthless. Trim all the fat; don’t force readers to slog through it.

Here are a few before and after examples:

Stephen King says the road to hell is paved with adverbs. These words (which usually end in “-ly”), are used to describe when, where, why, or under what conditions something happens.

Adverbs are fine every once in a while. But overusing them is a symptom of lazy writing. In many cases, writers can eliminate them by choosing more precise language.

Here are a few examples with the adverbs in bold:

And here they are revised to slash the adverbs:

Sometimes you’ll be able to just scrap the adverb without changing the sentence’s meaning. Other times you can avoid them by choosing stronger, more precise language.

Hopefully the irony in that heading made you smile.

Cliches are comfortable – so comfortable that whenever you use them you never have to wonder if you’re being understood. Readers everywhere are familiar with them. But, because they see them everywhere, they gloss right over them.

Have you read something lately with any of these phrases?

I bet you have! It’s so easy for these to slip into our writing. They’re nice stand-ins for when you can’t think of something more creative to say.

If you make the effort to avoid cliches and come up with your own vivid metaphors, you’ll develop a distinctive voice. Your content becomes more compelling. And you set yourself apart as someone worth paying attention to – someone with original thoughts.

15. Re-Frame the Negative into The Positive

Affirmative sentences tend to be clearer than negative ones. While the meaning of both versions is the same, you can’t afford to bog down readers with a poor delivery. Things get especially confusing when you use more than one negative in the same sentence.

Here are a few examples to see what I mean by a negative sentence:

You can rewrite these sentences in the affirmative to add clarity:

There’s no obligation to rewrite every single phrase. Sometimes the meaning is clear enough, and changing it to an affirmative would complicate things. The main thing here is to always be aware how you’re framing your message. In most cases, affirmative statements are a simpler choice.

You don’t have to be Maya Angelou to write in a way that engages and persuades. Applying the tips above is straightforward. The impact on your business communications is immediate. Even if you just pick a few of them, you’ll be paying attention to things that many writers overlook. Readers will take notice.

by Corey Pemberton
Corey Pemberton is a freelance copywriter and blogger who helps small businesses and software startups get more traffic and conversions online. You can find him on his website or follow him on Twitter.
Previous How to Have More Energy in 7 Simple Steps
Next How to Be Crazy-Productive While Working From Home