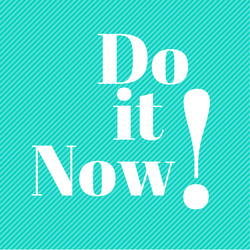 Procrastination is something that everyone deals with.

Given the fact that we mostly write for the self-employed and freelancers, it’s a bit surprising to me that some of our most popular posts have been on being more productive and staying disciplined.

It likely means that when we start taking away some of the consequences related to putting things off, we tend to have some of the worst cases of procrastination! 🙂

This actually makes a lot of sense. Without a boss hovering over our shoulders, it’s easier for us to get sucked in to the easier (more enjoyable) work, or non-work related activities.

We can’t place too much blame on ourselves though, as the internet offers an unlimited amount of alternatives to doing our work.

Not only that, but when work means we’re spending time putting together the next client proposal, it’s easy to see why people prefer to procrastinate.

Since that’s the case, is there anything can we do about it?

What’s the deal with ‘cramming’? Remember your college days, where everyone would practically brag about how they were able to pull off a miracle all-nighter?

The crazy thing is, although cramming is far from optimal in terms of the quality of work that is produced, it is quite useful in getting a fire lit under our asses, isn’t it?

According to a study on procrastination, this last minute hoorah is inspired by the fact that there is no way out. Better yet, this feeling can be controlled (without the worry and paranoia) by ‘pre-committing’ to a task before it’s begun.

There are a couple ways to go about this, depending on the severity of your lethargy.

One of the more extreme (and highly creative) alternatives is a web app called stickK, which allows you to pre-commit to a goal that you must complete by a certain deadline.

Big whoop, how is that going to stop me from procrastinating?

Well, before you can set a goal up, you have to lay down some cash, and if you miss your deadline the money becomes locked and is donated to a charity that you hate!

You can select other options and you don’t have to put in money, but c’mon, go big or go home!

Also, can you honestly think of a better way to get yourself to take action than an impending deadline that will send your hard-earned cash to an organization you despise?

What if you knew that $50 was headed to a place like the Westboro Baptist Church if you don’t get that new wireframe/article/logo finished?

I rest my case!

Two other less dramatic ways to achieve a similar effect are to do the following:

Plans are worthless, but planning is everything.

Motivation is inter-woven with what goals you make as well as the plans you construct to achieve them. Without plenty of reasons to work, you’ll find yourself burned out and lethargic.

In a surprising study on motivation, researchers found that abstract thinking about goals can actually help with discipline. In the most basic sense, “dreaming big” isn’t all that bad advice (though dreaming too much can be harmful, more on that later).

But there’s also the problem of setting up grandiose plans and becoming intimidated by your own lofty expectations.

For example, in our research of thousands of proposals, we found that the #1 problem thing people do when it comes to creating a proposal, is that they procrastinate.

Why? Because the thought of starting from scratch and ending up with a complete, thorough, persuasive, and beautifully designed proposal can be intimidating. That’s why we recommend you cut down on scope, start with a proposal template, and focus on closing the current lead.

Since you don’t want to stop dreaming big, the best way to find a balance is to simply set “macro goals” and “micro quotas.”

Your goals should be the large scale things that you hope to accomplish, that much is obvious. But your quotas are what you must get done everyday to make it happen.

For instance, writer/designer Nathan Barry forced himself to write 1000 words per day come hell or high-water to get his 3 self-published eBooks done.

The quota made each day approachable, and the goal was achieve because of it.

Tim Ferris talks more about why even low quotas work in this video:

Basically, quotas help you take one day (or even hour) at a time, so setting the bar low can actually be beneficial, as it’s what gets you started. At the same time, these quotas shouldn’t impede on your long term goals, which help fuel the fire that keeps your motivation alive.

Micro quotas will help you always keep moving forward. Completely changing your entire work flow today is unrealistic. But you can take one step, like integrating your Highrise account with Bidsketch, to save time and get all your clients and conversations in one place.

I’ve covered a plethora of research that shows ‘analysis paralysis‘ is one of the #1 causes of procrastination.

Not knowing what to do is often worse than the work itself.

That’s why you should always strive to hit the ground running for new commitments, especially in terms of how you start each and every day.

The night before, create a simple to-do list (forget apps, pen and paper!) that consists of 3 big things that you want to get done, and what work it will entail.

Keep it at your desk for when you sit down, or in your bag if you commute to work, and get it out right away when it’s time to get down to business.

This doesn’t have to be first thing in the morning either, just whenever you start work. It can work whether you’re a night owl or an early bird.

With a clear list of what to work on right now, you won’t have to stare at a long list of obligations that should get done “someday.” This is step one in building your perfect morning routine!

Being too hard on yourself for procrastinating isn’t healthy.

In fact, this study shows that self-blame is definitely counter-productive. The study examined study habits in particular, and had this to say:

“Forgiveness allows the individual to move past their maladaptive behavior and focus on the upcoming examination without the burden of past acts to hinder studying.”

Now, that doesn’t mean you should just give up, but rather that you shouldn’t let the fact that you don’t want to do something make you feel bad.

Hell, if you read books like Daily Rituals, you’ll see that many great writers struggled with their work ethic throughout their entire career.

Instead, you should try to redirect your worst procrastination sessions into anything productive.

For instance, when I just can’t get myself to sit down and write, I will do small tasks that still need to get done, like answering support emails. While this technique can lead to ‘busybody’ work if you aren’t careful, it can also get you in the mood to work during periods where you have to do something.

This research points out that it’s important to evaluate each task to make sure you aren’t engaging in ‘automatic behavior’:

Often our behaviour is robotic. We do things not because we’ve really thought about it, but because it’s a habit or we’re unconsciously copying other people. This type of behaviour can be an enemy of goal striving. Ask yourself whether what you are doing is really getting you closer to your goal.

As long as the task you are redirecting to is still relevant to your goals, (say, finishing up some edits instead of creating a new article), it’s okay to forgive yourself and redirect your behavior.

5.) Identify the 4 Pillars of Procrastination

Identifying which pillar is stopping you from doing a certain task may be helpful in overcoming the initial barrier in getting started. After all, research on the Zeigarnik Effect shows us that getting started really is the toughest part!

Here are the 4 pillars:

6.) Do the “Right” Kind of Fantasizing

Fantasies about the future are generally okay to have and are all in good fun.

But excessive fantasizing has been proven to be a goal killer and a huge reason people procrastinate (it tends to tie in with perfectionism).

According to this study on motivation and fantasies, when you ‘build castles in the sky’ you may be sabotaging real, obtainable goals. The researchers tested subjects on how commonplace fantasizing about their future was, and followed up on their performance on a number of categories.

Take those subjects looking for a job. Those who spent more time dreaming about getting a job, performed worse. Two years after leaving college the ‘dreamers’:

But we also know that positive visualizations can be motivating and inspire us to push ourselves, so what’s missing?

According to this study from the UCLA, the mistake is in what we visualize. Researchers found that those participants who engaged in visualizations that included the process of what needed to be done to achieve the goal (ex: fantasizing about learning another language, and visualizing themselves practicing every day after work) were more likely to outperform their peers.

There were two reasons the visualization the process worked:

So don’t fret your day dreams, just make sure you’re not solely focusing on the rewards of the “good life” without remembering the very doable steps that are necessary to make it happen!

“No fear. No distractions. The ability to let that which does not matter truly slide.”

Wise words from the notorious Fight Club, and a final lesson on procrastination that I’d like to impart.

For many of us, procrastination comes from an overload of obligations. Our ability to say “no” to things that aren’t really moving us towards our goals is a tough skill to learn, but since it becomes impossible to tackle difficult tasks when we’re suffocating under a bunch of meaningless obligations, it’s necessary that we acquire it.

Productivity requires radical elimination. It may seem selfish, but you’ve got to take care of yourself before you can take care of anyone else!

by Gregory Ciotti
Gregory Ciotti loves small businesses & startups and gets nerdy about behavioral psychology on his blog Sparring Mind.
Previous How to Set Up a Retainer Agreement: Earn More From Your Best Clients
Next Lead Generation: The Secret to Smart Agencies’ Success