How to Make Difficult Business Decisions Effectively and Easily 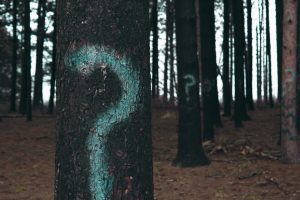 This morning, I decided to walk to the coffee shop down the street. When I got there, I decided to have a cup of coffee and a bagel. Those decisions shaped my morning, as did all the other small decisions I’ve made up until this moment.

Our daily lives are the cumulative effect of hundreds of small decisions.

These decisions encompass everything from what you chose to wear today, to where you’re eating for lunch. Generally speaking, decisions like this come fairly easily, and we rarely agonize over the small choices we make throughout our daily lives.

However, some decisions carry enough weight that the prospect of simply making a choice can feel like a huge undertaking. The decision to quit your job and start your own business, choosing to hire additional team members, taking on a new, difficult project—the decisions entrepreneurs face are often very difficult to make, and involve careful consideration.

It’s understandable; for an entrepreneur, making business decisions can be a stressful, emotional process. There are financial considerations to take into account, as well as your desire to do what is best for your business and yourself as an entrepreneur.

The difficulty here is avoiding analysis paralysis—where we get so wrapped up in the importance of the decision and our desire to make the right call that we fail to act, and become immobilized.

These strategies will enable you to set up your own personal system for making hard decisions when they do arise, and allow you to make difficult business decisions easier, faster, and with less associated stress. 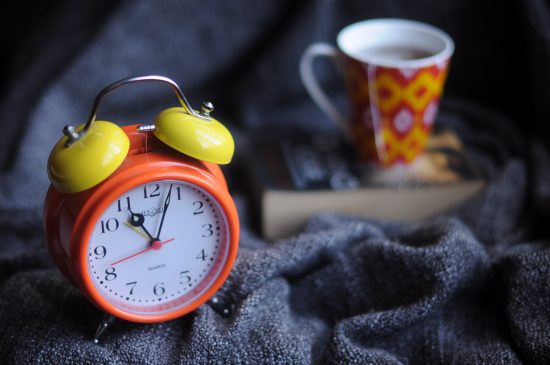 When faced with too many different decisions, we often opt for the easy default option, that will not disrupt the status quo or existing conditions.

This doesn’t necessarily mean that course of action is best; it simply means we’re suffering from what is known as “decision fatigue.”

This phenomenon was exemplified by a study of parole hearings and approvals; the time of day (and thus the amount of parole requests a judge had already sat through) was shown to greatly impact the likelihood that a judge would approve a parole request. Unsurprisingly, more approvals were granted in the morning or after a break—before decision fatigue had a chance to set in.

On a practical level, this means that the more decisions we make throughout the day, the more difficult it becomes as the day wears on to make difficult, well-thought out decisions, as opposed to simply sticking with what is easy and convenient (or worse, deciding on a rash course of action).

To combat this, plan to devote time to the decision-making process early in the morning, while you still feel mentally fresh. 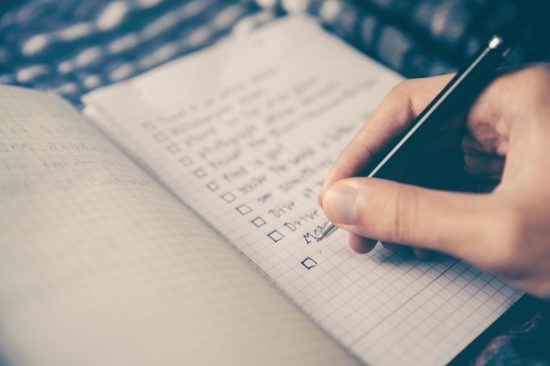 If you’re anything like me, you may find comfort in the process of listing out the pros and cons of a decision.

Starting with a list-making process can be a good way to get the various upsides and downsides of any decision out of your head and onto paper. This process of creating “emotional distance” can be a good place to start, as it enables you to see the situation clearly. From there, it’s easier to get a clear sense of exactly what you’re facing.

However, the issue with a pros and cons list is that it can make certain aspects of your decision seem to have equal weight, when in reality some points will matter more than others. For example, if you’re weighing whether or not to hire an employee, the con of “will take a lot of time and effort to review and interview candidates” does not necessarily have the same weight as the pro of “will add considerably to the amount of time I have to focus on my core responsibilities.”

To counteract this, consider a more nuanced approach to the basic pros and cons list. Beyond simply listing out positives and negatives, using a ranking system for your pros and cons list can help add weight to items that may otherwise appear to be evenly matched. 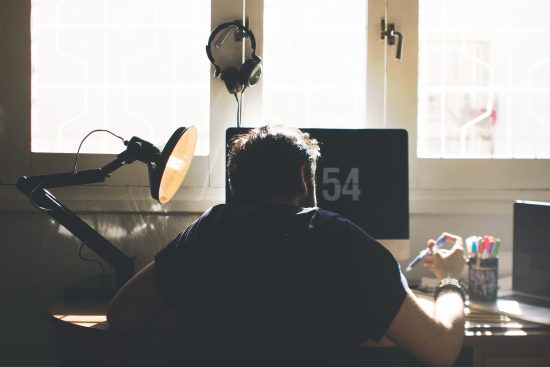 What emotions do you associate with each decision outcome?

So, we should not attempt to divorce them from the process. The trick here is to use your emotions as a tool, rather than making the decision entirely based on how you feel on an emotional level in the heat of the moment. Instead of using your emotions in the moment to guide you, consider the emotions you expect to experience in the future.

Take a moment to think about the potential outcomes of each option, and think about how they will make you feel in the future (say, one year down the road). This tactic, sometimes called the “fast forward method,” enables you to get a sense of how the decision will impact your life in the grand scheme, rather than tomorrow or the next day.

Vividly imagine each scenario, and consider how the options make you feel. Does the prospect of living with one outcome make you feel considerably happier, more at ease, or more confidant than the other? Using your emotions to map out the benefit of each outcome in the long term can be a useful tool. 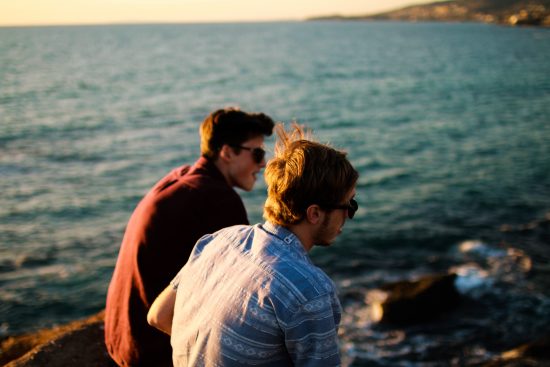 Imagine that you’re helping someone else make the decision

What would you tell a friend, a sibling, or a partner, if they were faced with the same decision you are currently facing?

This concept, termed “self distance” in a study of decision-making in long-term relationships, was found to result in more mature “wise reasoning,” and overall better decision-making. It involves coming at your current situation from the perspective of a third party, and framing your advice and suggested choice as though to a friend or other close outside party.

Take a moment to imagine that you are the advice-giver, and that someone close to you has come to you seeking counsel. What information would you want to have? What factors would influence the advice you offered? Which decision, ultimately, seems like the wisest course of action from an outside perspective?

From the position of an outsider looking in, you may be able to shed some light on which course of action appears “best” from the outside. You might realize that from an outsider’s perspective, one path is clearly superior—but maybe you’re hung up on how hard it will be to achieve that outcome, or some other similar factor. 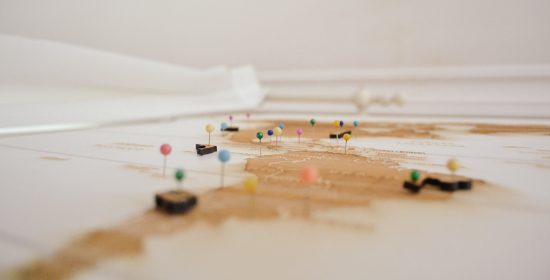 Consider the complete opposite course of action

If you are faced with a difficult decision between two potential options, consider adding additional options to the mix that are the polar opposite of the decision you are weighing.

This strategy, amusingly referred to as The Constanza Principle, relies on the fact that our own instincts might not always lead to the best decision. By bringing in an additional option that represents the opposite course of action than what you would normally be inclined to take, and evaluating it as a legitimate option, you may encounter flaws in your thought process or new aspects that you hadn’t considered.

For example, say you’re choosing between two cities in which to set up a new store location. Instead of just focusing on deciding between the two, consider throwing in a third option that you’d never consider. Evaluating the pros and cons of all locations as though each was a viable option might bring things to light that you wouldn’t have thought of. What do you hate about the third location? Are you sure the other two won’t also have that negative quality? 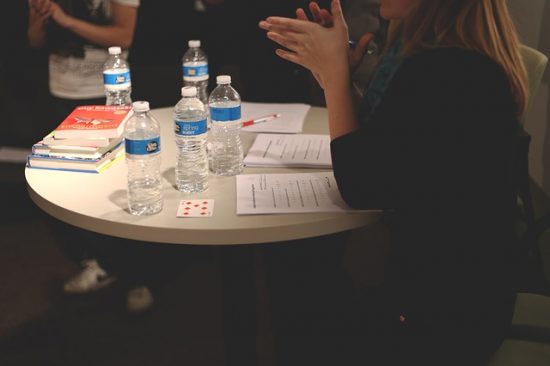 “Sell yourself” each option

Have you ever had the experience of trying to justify a decision you made to a friend or family member, and finding that you can’t really “sell it” as well out loud as you could in your own head?

On the flipside, I have also encountered experiences where I’ve suddenly passionately advocated for a choice that I might not have realized how much I cared about until I was forced to defend it.

Talk through your options with yourself and the people in your life. How do you find yourself describing each option? Which one feels and sounds like the better option, once you’ve said it out loud? Do you find that you really have a hard time justifying a course of action, or that one option gets you infinitely more excited than the other?

Forcing yourself to clearly articulate your options and “sell yourself” and others on the idea can clarify which direction you are leaning. You might find that you feel much more strongly inclined toward one choice than the other, and this can help make your decision easier. 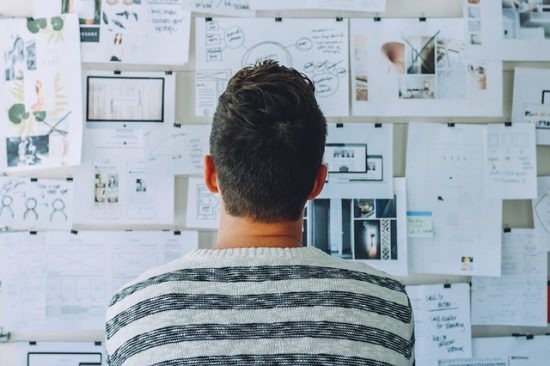 Don’t take in too much information

Having a clear understanding of the facts surrounding a decision is important, but it’s very possible to take in entirely too much information.

In the context of making difficult business decisions, too much information can hurt your decision making process. Research has shown that having more information doesn’t necessarily lead to making better decisions, but rather can result in our shifting focus unnecessarily to specific aspects of the decision, at the loss of the big picture.

Does this mean you shouldn’t do your research? No—that would be short sighted. Tough business-related decisions like hiring new employees, choosing a new location, or relocating to a different state require plenty of research and planning. However, it does mean that information overload isn’t your friend, and can hinder your ability to see the impact of the decision holistically.

So, step away from the computer. Compile all the necessary information, but resist the urge to get so granular that you miss the big picture. In the instance of making hard business decisions, it is completely possible to have too much information. 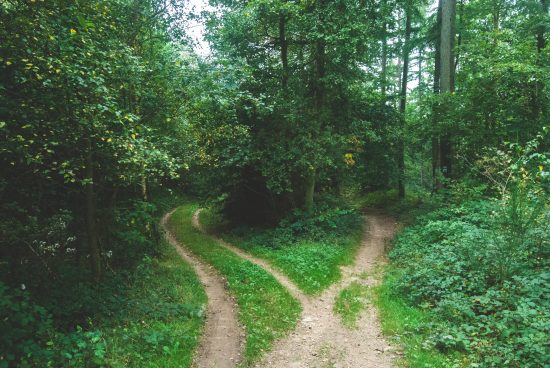 Don’t get wrapped up in avoiding the “wrong” decision

A major factor when it comes to analysis paralysis is our concern that once we make a call, we’re stuck with it. And, to an extent, we often are. There are plenty of decisions that, if we change our minds after the fact, would result in money and time lost, and potentially some damaged relationships.

That being said, in order to make decisions more effectively and efficiently, it’s necessary to eliminate this “all or nothing” thinking, which is generally motivated by our fear of making the wrong decision.

Think about the decision you are facing: What is the worst-case scenario? How can you combat this outcome, if it does occur? What will you have learned, and what will you be able to do going forward?

Chances are, no outcome is so terrible that you will not be able to pick up the pieces and move forward, with more knowledge and experience to guide you in the future. The key is to avoid letting your fear of making the wrong decision paralyze you, but rather to acknowledge that even a “wrong” decision will have served as a teacher, and will position you to make more informed decisions in the future.

How do you go about making difficult business decisions? Do you use any of these strategies, or do you have a different tactic that you’d like to share?

I’d love to hear your thoughts. Leave a comment and let me know how you make tough decisions!

by Briana Morgaine
Briana is a copy writer, copy editor, and freelance writer, covering the various facets of the small business and entrepreneurship space. She can be found writing for Bplans, and also on Twitter.
Previous Launch by Jeff Walker: 5 Key Insights for Every Entrepreneur
Next 5 Key Steps to Creating Profitable Client Contracts