How To Ace The Feeding & Care Of Freelancers 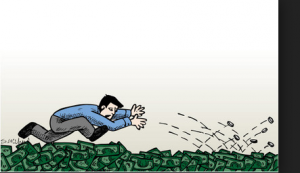 Once, I came to know someone who decided to start an online marketing business-we’ll call him Jack.

Jack decided to reboot his internet marketing endeavor, and after advertising a freelance writer position in an online forum, he stumbled upon the type of freelance writer that every marketer dreams of.

The writer was highly-skilled. They also had a knack for marketing copy. They were uber-reliable, and simply put, they were a diamond among rhinestones and zirconias, looking for a long term project to keep them busy for the foreseeable future.

From the looks of things, Jack and the freelancer were a match made in internet marketing heaven!

But not too long after, Jack was back on the hunt for a new writer to take over his project. It was quite a shame too, because Jack couldn’t believe his great fortune when he found the first writer.

They were so darned good, I put them right to work even before I took my international vacation! In retrospect, I should have waited, but I wanted to use them immediately. They even took up the slack for me when another writer I hired flaked out on the project I assigned them.

After a little sleuthing, I figured out what took place, and why Jack now found himself back at the drawing board. Sadly, Jack was the problem, or rather his lack of freelancer management skills was the problem, and I see this happening all the time.

I can’t say off the top of my head that there’s a definitive freelancer management guide or book on the market, but as a freelancer/entrepreneur, here’s some points I’d include in such a book if I were to author one:

Select The Cream Of The Crop

If I were authoring a book on the feeding and the care of freelancers, then I’d probably develop an entire chapter on why it’s crucial to invest money in hiring the cream of the crop.

I wrote previously that investing in freelancer services such as content or copy is an asset that’s only going to increase the value of whatever property you’re hiring said freelancer for.

Yet, too many people still like to take the commodity/jug of milk approach to hiring their service providers-they want the best value at the cheapest price.

Freelancers aren’t products. They’re human beings who bring varying degrees of skills and professionalism to the table. The facts are these:

Those who cost more aren’t trying to pillage you or get one over on you. They charge higher fees because they know what they bring to the table, and they understand how all of this will help you to generate revenue.

More than this, they take pride in their work, and they’re keen to offer you the best products and customer service. They understand that happy clients equals more work, and word-of-mouth referrals. Plainly put, they care, and they have a vision for your business and theirs.

On the other hand, cut-rate freelancers either haven’t figured out their worth (yet), or they’re the type who scramble around for crumbs of work, without any real plan for their lives or their future.

They don’t have the inclination to care about you or developing a great working relationship with you. Besides all of this, hiring the cream of the crop (even if it hurts a little financially) pretty much ensures that you’re going to enjoy a drama-free relationship with the freelancer.

You won’t have to wrangle them because they’ll reach out to you. You’ll be able to manage them because you won’t wonder what happened them, why a project trajectory is delayed, if they’ve run off with your money, etc.

Here’s a huge mistake that Jack made:

In fact, that’s why he was faced with finding a new writer. He’d rather set this gem of a writer free than paying them what they asked for, although he supposedly had the funds.

After digging more deeply, I realized that the issue was that Jack didn’t actually have project funds as he promised.

Oh, he had money for the project, but the money came from his personal savings. He balked at paying upfront fees because he wanted the freedom to end the project or put the project on hold if he found himself running low on funds.

In other words, he wanted free reign to pull the rug out from under the freelancer at any time!

Listen, when you run into a freelancer who’s smart enough to ask you if you have enough to completely fund the project, then be honest with yourself and with them.

You don’t have money to fund the project independently if:

You do have money to fund the project independently if:

In other words, be prepared to go all-in on your projects, especially financially. If you’re not risk-adverse, if you’re planning a test project, if this is a vanity project, or if you have any other excuses, then you’re not ready to hire a freelancer.

Here’s a crime that Jack didn’t commit, but I’ve noticed others committing:

When it comes to the scope of how much work you have available, don’t pull a bait-and-switch on your freelancer.

It’s not fair to lead someone on emotionally, and it’s really unfair to pull this stunt financially! Yet, many will overstate how much work they currently have available, only to send a feeble email to the freelancer informing them that:

There’s no work right now, but we’ll keep you (the freelancer) at the top of our list…

By definition, a freelancer doesn’t have access to a steady stream of work. If they want to work, then they’ll have to market their services. When a potential client hires them on the basis of having a backlog of work, plenty of work, needing immediate help, etc, then the freelancer stops marketing themselves.

When they’ve been baited with insincere promises of work, they’ll lose out on potential gigs and money!

Then, they won’t want to work with you. They’ll ignore you, resign from working with you, and/or they’ll warn other freelancers to avoid you! If you want a service provider to respect your business, then do yourself a favor and respect theirs.

In case it hasn’t become clear to you, then understand this:

Because, the freelancer has every right to demand their money upfront!

They’re fellow entrepreneurs who are in the business of providing asset-building services for your business endeavor, no matter how large or small.

Understand this, value this, and you’ll gain a business partner who cares about your dreams and goals as much as you do.

Treat them like they’re disposable, and prepare to experience the frustration of hunting down and on-boarding a host of freelancers who don’t get you, provide sub-par service, and disappear on you.

I don’t know how Jack is doing with his new freelancer search, but I do know that his current search was totally unnecessary. I also know that in the long term, Jack will lose more money than he’s worried about spending to begin with!

The lesson: As you prepare your freelancer proposals, don’t be the jack who uses feet shot full of holes to figuratively step over dollars to save pennies!

* Editors note: A talented, reliable freelancer is your ace in the hole for scaling your business and building your brand. They’ll help you to tackle all of those new projects you might have been scared of asking for…because you didn’t have enough people to help you get things done.

Speaking of asking clients for more projects, it’s always best to present polished looking proposals quickly, and often. We’re here to help you do that with our 14 day free trial offer!

by Terri Scott
Terri is a content marketing storyteller and strategist. She teaches marketing and entrepreneurship through stories for marketers of all stripes. Her specialty is creating narrative and she writes essays and memoir in her spare time. You can view her work at terriscott.contently.com, and she'd love to hear from you: https://www.facebook.com/profile.php?id=100011073971177
Previous 6 Ways To Craft Killer Copy That Catapults Your Conversions
Next The 4-Step Process to Promote Your Epic Content to Get More Clients