The 2 Most Overlooked Tactics for Raising Your Freelance Rates

Everybody wants to be paid what they’re worth, but many freelancers are hesitant to do so because we believe that if we raise our 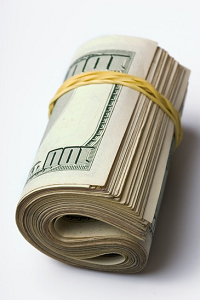 prices, all of our clients will desert us.

Truth be told, that just isn’t true. We make a lot of assumptions with this sort of thinking, because we are often too focused on the prices themselves, rather than the value that we are bringing to clients.

We also need to start from the beginning: modifying the clients that we seek and honing our ability to distinguish our work from other freelancers goes a whole lot farther than competing with others on bottom dollar prices.

That said, today we’re doing to discuss 2 important actions you can take (and that most freelancers overlook) that will allow you stop chasing abysmally low rates and clients who aren’t suited for your business.

1.) Re-Focus Your Offering for Clients Who are Willing to Pay

This is a fundamental mistake that many freelancers make, and yet, most are far too afraid to address it.

The thing is, although this process involves questioning some of the foundations of your business, it is very much worth doing, as it can alleviate some major headaches in the future.

Consider, for a moment, that you are a freelancer photographer.

Which of the following “value propositions” do you think you could charge more for?

Of course it’s #2 right? Especially if you were able to get your name out in an affluent area.

The problem is, although we all recognize this, many freelancers balk at the idea of being so selective when it comes time to define their own offering. Paradoxically, taking on a broad spectrum of clients can actually hurt your earnings because you can’t portray yourself as a specialist.

You’ll also get caught up in dealing with less than ideal customers.

Think of it this way: New parents who are interested in baby photographs desperately want to capture the moment perfectly, it matters a lot to them!

People who want photographs for their cousin’s friend’s birthday party or their highschool reunion… probably not.

By specializing and turning people away, you become more selective, viewed as a specialist, and begin to establish yourself as the “go-to” person in a single subset of photography… a subset with customers who are willing to pay.

When you deliver for your first few clients, they won’t be able to refer anyone else but you when people ask them for recommendations!

I’ll give you a very personal example…

I only create content for software startups, I don’t even consider other sectors of freelance writing.

Why? Because many publications try to take advantage of freelance writers. Even big websites like Cracked.com try to charge writers only $50 for articles of 1000 words or more!

Many publications do this… but not startup founders. They typically understand the value of content marketing, and they are willing to invest in people who can get results.

How can you convince them that you will deliver? Simple, specialize in the services that they want and hone your craft around their specific needs.

The best thing I ever did for my freelance writing rates was dispelling all of those paid blogging gigs and focusing exclusively on writing for software startups. I’m actually at the point where I have to turn jobs down, and even Ruben has to bug me once in a while to get me to finally write something ;).

Can you re-focus your business around “better” customers?

You almost certainly can, and by doing so, you’ll be able to take on less work at higher prices and focus on the value that you bring to customers rather than competing with others on bottom dollar prices.

2.) Emphasize Perceived Value Rather than Competing on Price

This ties in closely to finding a better set of clients (as discussed above).

Many freelancers often use comparisons with competitors as their only source of how to price their products… yet that is the worst pricing strategy ever!

Freelancing isn’t like two global corporations competing with each other over a set of cheaply made widgets: it’s not a price war, it’s a value war.

Pricing your products well is intrinsically tied to the context in which you present them. To showcase what I mean, let’s take a look at a few notorious pricing studies on the subject.

First, we have research from Stanford that says that comparative pricing is often a horrible way to go “toe-to-toe” with your competitors! (Especially for premium products and services)

In fact, researchers noted that clients were willing to pay for the higher priced good over many generic offerings because the higher price (and recognizable brand) created a higher perceived value.

We find supporting evidence of this in a pricing experiment conducted by Richard Thaler.

In his study, Thaler set up two scenarios for participants to engage in, both of which involved them being on the beach, and going to purchase a beer:

“How much would they be willing to pay?

Invariably, Thaler found, subjects agree to pay more if they are told that the beer is being purchased from an exclusive hotel rather than from a rundown grocery.

It strikes them as unfair to pay the same. This violates the bedrock principle that one Budweiser is worth the same as another…”

If it strikes them as unfair to pay the same amount for the EXACT same product, why should you be limiting yourself to the prices set by other freelancers?

You’ll also notice that the context was the sole determinant of price, because in this instance, the two products were duplicates of each other.

How can you raise your rates with proper context?

Sometimes, the answer can be as simple as the words that you use.

Marketers have known for a while the using words like “subscribe” can throw people off when what you are offering is free (people think of a “subscription” as something you pay for).

Similarly, would you rather hire a generic “freelance writer”, or a “content strategist for B2B businesses” if you needed content marketing work done? The first sounds like a million other starving writers, the second sounds like somebody who knows what they’re doing, yet it’s nothing but words that convey this message.

The other big way is through “packaging”, but obviously in regards to how you package your services.

Offering premium services (which make your regular services look cheaper by comparison) and creating a strong brand impression are key when you are communicating your value. If you’re afraid that nobody is going to pay for your premium offering, don’t worry: not only is that typically wrong (certain clients always pick the top offering), but Dan Ariely has shown how “useless” price points can actually get clients to spend more!

As for emphasizing your personal brand, simple things like displaying social proof and experience through your personal website can put you miles ahead of the competition.

Remember that it is okay to showcase your strengths and that you don’t have to sound like a braggart to do so. Clients care about what you’re able to accomplish, not how modest you are.

Now I hand things over to you…

Thanks for reading, and I’ll see you below in the comments!

by Gregory Ciotti
Gregory Ciotti loves small businesses & startups and gets nerdy about behavioral psychology on his blog Sparring Mind.
Previous How to Handle Client Objections to Win More Proposals
Next 7 Ways for Freelancers to Avoid Getting Stiffed for Payments