How to Hack Your Productivity Like a Data Scientist 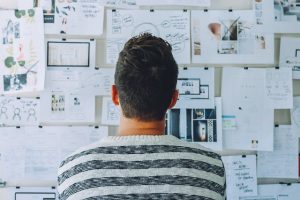 Raise your hand if you spend your workdays as productively as possible.

I’ve yet to meet someone who has truly mastered this. Even if your productivity is pretty on point right now, there are always a few more minutes to squeeze out of each workday.

Everyone wants to be more productive.

But the problems with that are twofold: 1) we aren’t always sure about what “being more productive” looks like, and 2) taking the wrong approach to improve.

Tired of struggling with this?

Let’s pinpoint where most people go wrong. Then we’ll talk about how to use a data-driven approach to fix it!

Before we go any further, imagine just how different the typical office worker’s day is from a soot-covered factory worker at the height of the Industrial Revolution.

It’s hard to believe our conception of work has changed so much in just a few centuries.

One consequence people overlook is a different view of productivity. How did an employer measure productivity in a factory? Easy. Because workers produced tangible goods, it was a simple matter of units produced per a certain time period. How many widgets did you make in a 10-hour shift?

But now we’re in a knowledge economy. Instead of producing physical things that are fungible, most of us are producing with our minds. No two website designs, mobile apps, or blog posts are exactly alike. This makes a concept like productivity tougher to measure – or even define.

It’s up to us to define what productivity means. The problem: most of us don’t do it. We have a vague sense that we should be “doing more,” so we just throw everything we can against the wall to see what sticks.

Something to Always Strive for

Getting more out of your workdays comes down to defining what productivity looks like and taking strategic action to improve.

Notice how I said “improve” instead of “master?” That’s because I don’t believe productivity is one of those things we can ever stop learning.

It’s kind of cool, actually. Think of it as a video game without an ending. Once you beat one boss and get to the next level, another one appears above it.

Hacking Your Productivity with Data

We aren’t going back to the industrial revolution. But we can model that factory worker approach and adapt it for modern times. After defining what productivity looks like, we can gather data and use the facts (instead of vague feelings) to guide our improvements.

The following five steps will help you focus on what really matters and get the most out of your workdays.

Step one to more productivity is to define it.

There are tons of apps and tools that can help you generate data about your performance. You can track everything from hours worked and number of words written, to the time you spent on email and the number of leads generated from your Facebook ads.

Some people go crazy with this. They’re the ones using dozens of tools and walking around with Apple watches and Fitbits. You don’t need to become one of those people to get more productive (though you can if you want to!)

The challenge isn’t collecting enough data. It’s sorting through it all and figuring out what’s actually important. That’s what savvy digital marketers do with their analytics.

It’s easy to get overwhelmed, especially if you’re just starting out. That’s why I recommend choosing just a few (three to five) key performance indicators that give you an accurate sense of your performance.

What could your KPIs be?

You’re limited only by your imagination. But some of my favorite ones are:

You don’t have to keep the same KPIs forever. The main thing: your metrics to be manageable and quantitative. Anything is better than having to rely on vague feelings about your own performance. 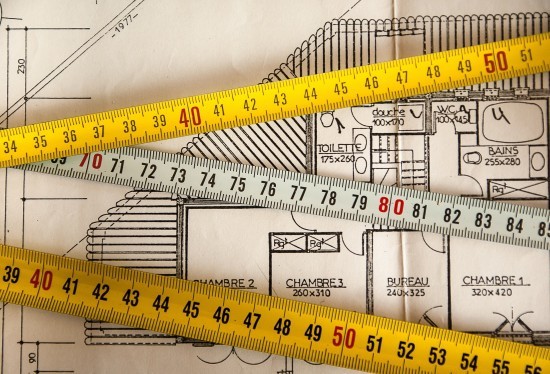 Once you’ve defined productivity metrics, it’s time to measure them and track the results.

This is a must do. Without looking at the data, we have an incredible ability to deceive ourselves into thinking we’re being more productive than we really are.

There are psychological quirks at play. Ever driven somewhere new, and the way there seemed to take twice as long as the way home? That’s the well-traveled road effect. If we’re familiar with certain tasks, we tend to underestimate how long we spend doing them.

But there’s no arguing with hard data. Peter Drucker was right: “What gets measured, gets managed.”

How you measure this stuff depends on the metrics you chose. But it shouldn’t take more than a few tools to do this. It might take a little while to set it up, but after that things pretty much run on autopilot. I have everything I need covered between RescueTime and Google Analytics.

I’m warning you now: prepare for your jaw to drop. If you’re like me, you’ll be shocked at how unproductive you’ve been. Facing these numbers sucks. It’s uncomfortable, but it’s also the first step to improve. Just knowing you’re measuring now also encourages you to be more productive.

Finally, set aside a few minutes each week to review your data. Friday afternoon is my preference here, but you can do it whenever it works for you.

3. Plug Your Productivity Leaks with an 80/20 Analysis

A funny thing happens once you track your productivity long enough: patterns emerge.

Certain days and/or times are more productive than others. While you might kill it between 9 and 11 in the morning, the hours been 2 and 4 in the afternoon could be when your output slows to a crawl.

This information is ripe for an 80/20 analysis!

Once you figure out which 20 percent of your workday is the least productive, ask yourself why. Does it have to be this way? Or could you tweak something and see if the results turned out differently?

Question your assumptions. The data scientist approach is to formulate a hypothesis (for example, “My productivity drops off between 11 am and noon because I’m too hungry.”) Then you could run an experiment by tweaking one variable (eating breakfast later, lunch earlier, or having a mid-morning snack.) Do this for a few weeks, track the results, and if you’re more productive, make the change permanent.

There are always higher and lower productivity periods throughout the day. But with a little data love and a willingness to experiment, you can level off the steepest dips and be more productive overall.

4. Find out What’s Already Working, Then Do More of It

Analyzing your data doesn’t just help you plug productivity holes. It also shows you when, where, and how you’re the most productive.

Run another 80/20 analysis. If you had to choose just 20 percent of your workday, which times tend to be when you get the most done?

It might not be what you thought. For years I considered myself a night owl. I still do, really, and I like to stay up late. But only when I started tracking my productivity did I find (much to my dismay!) that I actually get the most work done early in the morning.

This analysis can go beyond just the time of day. Also consider your work environment. Are you at home or in a coffee shop with ambient noise? Working with music on or just silence? Test different variables, track the effects for a few weeks, and you’ll get gradually closer to figuring out your most productive work conditions. 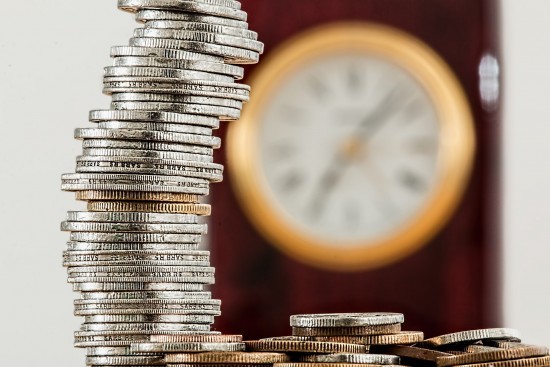 You’ve come a long way. Instead of driving yourself crazy running out to do “more more more,” you’ve identified some key metrics to track productivity and are approaching them strategically.

As you analyze the data and figure out what makes your personal productivity tick, give yourself some goals to improve. Just like with your metrics, these goals should be specific and measurable.

So, if you’ve chosen as a metric percentage of work hours actually worked, your goal might be: “Improve my percentage of actual hours worked by 10 percent in the next 30 days.”

Some people thrive when they’re chasing after big goals. Others like things smaller and more manageable. There’s nothing wrong with focusing on improving just one metric at a time!

The key is to always have something to aim for. This gives you continual motivation to track and review your productivity. Setting goals is more of an art than a science. The good news: you can always pull the targets away or move them closer if things get too easy or too difficult.

Keep setting goals, and consider updating your metrics as your business goals evolve. Just like split-testing an ad or landing page, this optimization process never ends.

A Dramatic Effect on Your Quality of Life

Productivity doesn’t have to be the terrible monster people make it out to be.

There are so many tools available. They can help you – as long as you have a clear vision of what productivity looks like to you. Defining these key productivity metrics lets we knowledge workers reclaim our power. Once we have a clear picture of what we’re aiming at, it’s so much easier to improve.

If you work 12 hours a day, but you increased your productivity by just 25 percent, you could get the same amount done in just nine hours a day. What would you do with those three extra hours? Get in better shape? Rest? Hang out with friends and family?

Hopefully you can see how incredibly valuable this is. Plus, hacking this like a scientist gives you a great excuse to nerd out over data!

by Corey Pemberton
Corey Pemberton is a freelance copywriter and blogger who helps small businesses and software startups get more traffic and conversions online. You can find him on his website or follow him on Twitter.
Previous How to Write An Effective Client Contract
Next 10 Free (or Nearly-Free) Marketing Strategies for New Entrepreneurs