The characters in the comic strip Dilbert are hardly a picture of happiness and success. 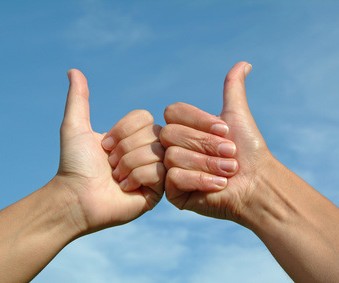 They’re cynical and miserable, stuck in dead-end careers with no end in sight.

So it might seem a surprise that the comic’s creator, Scott Adams, is a goldmine of advice when it comes to business success.

A lot of his advice in interviews and his book, How to Fail at Almost Everything and Still Win Big, goes against the grain of what you’d hear from most success coaches or business consultants…

But it might be just the thing you need to take your business to the next level.

Not Your Typical Career Path

Before Scott Adams hit it big with Dilbert, his “career path” looked more like running through a maze than a steady climb up the ladder. He launched an unsuccessful entrepreneurial venture: Velcro bags to keep tennis players’ sweat from getting on their racket hands. He invested big in a grocery delivery company, Webvan, that went out of business when the dot com bubble popped. And he even started a restaurant with a partner, which did well for a few years before going belly up.

When you consider all of that and the 16 years Adams spent working corporate jobs before burning out, he doesn’t exactly look like the picture of professional success.

But (and you’ll definitely see it if you read his book) that’s kind of Adams’ entire point. All you need is for one thing to work out to hit it big. You don’t have to regret the inevitable failures along the way. Adams used those experiences to pull out key insights into what makes businesses work.

An Unconventional Perspective and Business Advice

Most of the advice in Adams’ book is unconventional. When the typical advice didn’t work, he had to change his strategies before ultimately launching the Dilbert comic strip.

How to Fail at Almost Everything is excellent, and I highly recommend you read the whole thing no matter which industry you’re in. With that said, here’s a breakdown of the key concepts and how you can apply them to make your business more successful:

Think “Systems” Instead of “Goals”

Goal-oriented people exist in a state of continuous presuccess failure at best, and permanent failure at worst if things never work out. Systems people succeed every time they apply their systems, in the sense that they did what they intended to do. – How to Fail at Almost Everything and Still Win Big

What does everyone say when you want to achieve something?

Most of the conversation focuses on how to set goals more effectively – and which types of goals are best – instead of whether we should be setting goals in the first place.

Some of us are better goal-setters than others, but almost all of us have tried to accomplish one at some point. So it came as quite a shock to find out how Adams thinks goals are for “losers.”

But it actually makes a lot of sense. When you set a goal (“I will make $10,000 this month, for instance), you put yourself into a state of failure until you achieve it. Then, whether you reach your goal or not, there’s only a brief moment of satisfaction. Then an empty feeling sets in because you’ve lost the source of your motivation. You start to wonder: what next?

A systems approach, on the other hand, makes it possible to succeed every day. All you have to do is hit your quotas: the consistent actions you need to take to improve your business. When you shift from “make $100,000 dollars” to “write one marketing email a day,” it takes a huge weight off your shoulders. Achievement becomes less intimidating. You just have to focus on what to do today in order to improve. The process shifts so it’s completely in your control.

If setting goals works for you, by all means keep doing it. But if goals are a struggle, give this systems approach a try. In business terms, hitting big milestones takes serving clients well, reaching new clients regularly, and improving the quality (and price) of what you offer.

How can you break those down into daily actionable steps?

The winners of “American Idol” seem to have lots of passion, but so do the thousands of people who don’t make it past the first audition. Passion might be the least useful predictor of success. – U.S. News interview

He also challenges another business cliché: “follow your passion.”

That’s common advice from career counselors and well-meaning friends. But in Adams’ perspective, it just doesn’t hold up.

As Adams points out, the finalists of American Idol were definitely passionate. But so were the thousands of people who stood in line to audition and didn’t move on. Passion wasn’t what separated the two groups.

What you typically hear is: 1) find something you’re passionate about, and 2) turn that into a business. But Adams reverses the order. He suggests starting with a business where there’s a need, and then letting your passion develop with your success.

In his own projects, Adams noticed his passion always started high and fizzled if the project wasn’t working out. But his passion for Dilbert only grew when it became more successful.

When he was in commercial lending, Adams’ boss always told him to bet on the person willing to work hard on a business where there was a need – the “grinders” – over the follow your passion types.

So you don’t need to drive yourself crazy worrying about your passion (or lack thereof). Think beyond emotions to the key big-picture ideas: choosing the right market to serve, offering the right product or service, and putting in the effort to create something sustainable.

Your Energy Is Your Top Priority

The way I approach the problem of multiple priorities is by focusing on just one main metric: my energy. I make choices that maximize my personal energy because that makes it easier to manage all of the other priorities. – How to Fail at Almost Everything and Still Win Big

As a freelancer or small business owner, sometimes just figuring out what to do next is overwhelming.

Adams offers a simple solution: make “increasing your energy” your top priority. This works because every other important task (like marketing and serving clients) depends on this valuable resource – a resource available to everyone.

Focusing on money might work in the short term, but it won’t pay off a year from now if you let your physical and mental health slide. You’ll have to take time off when you get sick or your body breaks down, which can derail your previous efforts.

That’s why Adams is so strict about getting enough sleep, eating well, and physical exercise. Energy is free to anyone who takes care of themselves, and having more of it than others gives you a competitive edge. Staying in top health gave Adams that edge in his own life, allowing him to get up at 4:30 am to work on Dilbert (he also worked on it nights and weekends) while he still had a day job.

Is taking care of yourself a top priority? Or have you let it get lost in all the other demands of your day? Put yourself first, and you’ll be able to grow your business quickly and sustainably.

Failure always brings something valuable with it. I don’t let it leave until I extract that value. – How to Fail at Almost Everything and Still Win Big

Because Adams had so much experience with failure before Dilbert took off, he developed a unique perspective on it – one that can empower you as you build your own business.

The biggest difference between Adams’ perspective and conventional thought?

He sees failure as a road instead of a wall.

He failed more times than he succeeded, but that’s okay. Adams understood early on that all it would take was one win to make him successful.

A lot of businesspeople play it safe because they’re scared to death about failure. They don’t innovate, take risks, or stand out because they’re so worried about things not going the way they hoped.

But to Adams, failing multiple times is exactly what you need to do if you want to really succeed. He sees success as somewhere mixed in with all the failures. You have to be willing to go there if you ever want to pull out the really good stuff.

Adams used each of his failures as a springboard to new, better opportunities. Instead of seeing a failure as a catastrophe, he focused on the resources he gained from the experience – skills he developed, influential people he met, etc. – and how he could use them moving forward.

Without Adams’ failed corporate career, we wouldn’t have Dilbert and it’s razor sharp social commentary. All of that time Adams spent observing the way white collar employees work and interact gave him the material to get the comic strip off the ground.

When was the last time you failed at something in your business? What did you gain from the experience, and how can you use it from now on? It’s a much more empowering way to look at things.

The world is like a reverse casino. In a casino, if you gamble long enough, you’re certainly going to lose. But in the real world, where the only thing you’re gambling is, say, your time or your embarrassment, then the more stuff you do, the more you give luck a chance to find you. – Business Insider interview

It’s hard to believe that quote came from the creator of Dilbert of all people. But you have to admire Adams’ persistence and optimistic outlook.

Up until Dilbert took off, Adams experienced a lot more setbacks than successes. He never let those hold him down, though. He just focused on developing new skills and creating opportunities.

A lot of us (maybe we’ve changed our minds if we’ve been in business a while) see Mark Zuckerberg’s face on Time Magazine and imagine a similar overnight road to success. Adams took the opposite approach. He put his systems in place, managed his energy, and kept racking up skills until he made something work.

It might take time for you to achieve the success you have in mind, and you probably won’t do it how you originally thought. Just keep building your skills – both professional and people skills – and layering them on top of one another until you’re able to deliver something uniquely valuable.

That’s exactly what Adams did. Starting with zero cartooning experience, he combined his talents to create one of the most popular comic strips of all time.

That persistent, grinding approach falls in line nicely with Adams’ view of happiness. He sees it as something you can find, but not from giant houses or fast cars. For him, happiness comes from health, the flexibility to do what you want with your day, and the satisfaction of steadily improving your skills.

You can always count on Dilbert for a laugh and some sharp observations about the world.

And you can count on Scott Adams’ advice too.

His path to success was anything but conventional. But he discovered key insights along the way – insights many self-help authors and success coaches haven’t considered.

If you’re ready to take things to the next level, give these tips a shot!

Which of Scott Adams’ tips was your favorite? Why? Leave a comment below and let me know.

by Corey Pemberton
Corey Pemberton is a freelance copywriter and blogger who helps small businesses and software startups get more traffic and conversions online. You can find him on his website or follow him on Twitter.
Previous 6 Winning Productivity Tips (Even If You Don’t Have Much Discipline)
Next Four Great Tips For Identifying Your Value Proposition