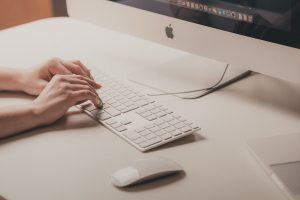 Wouldn’t it be a dream to make good money doing work that fulfills you?

It’s totally possible. With the help of the internet and newer technologies, more people than ever before are doing just that. They’re ditching boring jobs and embracing lucrative – and creative – careers.

You can do this too.

Unfortunately, there can be a steep learning curve to navigate. A lot of people struggle with the expectations of a creative business versus the realities. Sometimes it takes months (or even years) to sort this out.

So who better to turn to than a bestselling author who’s been a creative success for decades?

That’s where Steven Pressfield comes in. Let’s dive in and pull out the most valuable insights in his excellent book, The War of Art.

Insights for Every Creative Pro

Steven Pressfield spent decades working as a copywriter, bartender, teacher, and a pack of other jobs before breaking through as a successful screenwriter and novelist.

His book, The War of Art, isn’t full of the feel-good fluff you’d find in many self-help books. Pressfield wastes no time laying out the gritty reality of what it takes to become a creative success.

Here are some of the most important takeaways that can help you – regardless of your industry. 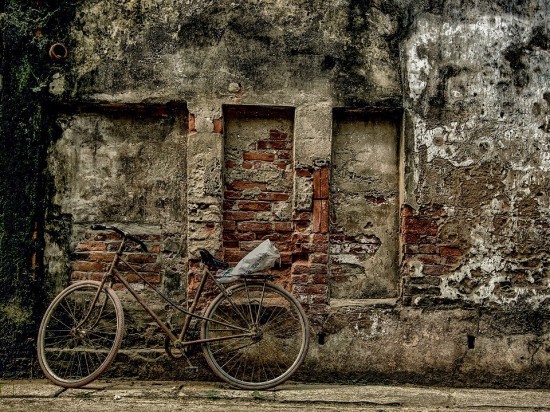 Resistance is lying and always full of shit.

When I picked up The War of Art, I was a bit confused about the title.

Why use such a violent metaphor?

Not exactly, says Pressfield. While the end product is often beautiful, the creation process itself can get messy.

Sometimes you wake up motivated to create; sometimes you don’t. Pressfield calls this reluctance to pursue our goals Resistance.

The first step to increasing our creative output, then, is to better understand our enemy. Resistance affects everyone. Sometimes it might come from family or a friend, but more often than not, it’s something we feel internally.

Letting Resistance win day in and day out keeps us from doing the extraordinary things we dream of. It only shows up when we’re trying to do something that radically improves our lives. You’ll feel resistance to a new diet, exercise routine, or doing creative work. But not sinking into the couch.

Resistance doesn’t always look the same either. One day it could manifest as boredom or self-doubt. The next it might be procrastination or jealousy.

It’s up to us to see this enemy for what it truly is: a self-imposed limit on our creative potential. We don’t have to stress about becoming a world-class designer, writer, or developer. All we have to do today is find a way to beat resistance.

Sometimes we get on hot streaks, but we can’t expect resistance to disappear forever. It will show up off and on as long as we do creative work.

2. Stop Waiting for “The Muse” to Show up 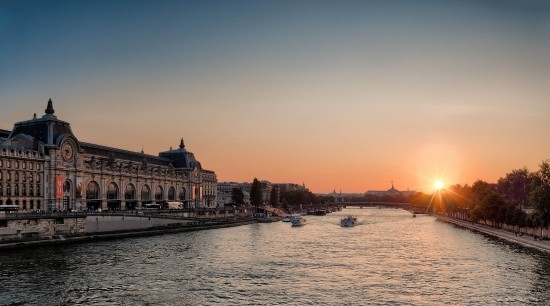 When we sit down and work, we become like a magnetized rod that attracts iron filings. Ideas come. Insights accrete.

A lot of creative types think they have to wait around for “the muse” to show up before they get to work.

This simply isn’t true. And it’s good that it isn’t, because there are always bills to pay. We can’t work only when we’re inspired to serve our customers or clients.

Get as new age with this as you want with his. Or not. Call it inspiration, motivation, or passion. However you define it, understand that it’s unproductive to wait for it to show up all on its own.

Pressfield makes a compelling argument that the muse isn’t something we can control. Some mornings we’ll spring out of bed ready to work. Others will feel like pure drudgery.

Ultimately it doesn’t matter because creative superstars learn how to push on anyway. It sounds counter-intuitive, but one of the best things we can do to encourage the muse to show up is to just start working.

3. Start Your Own Creative Ritual 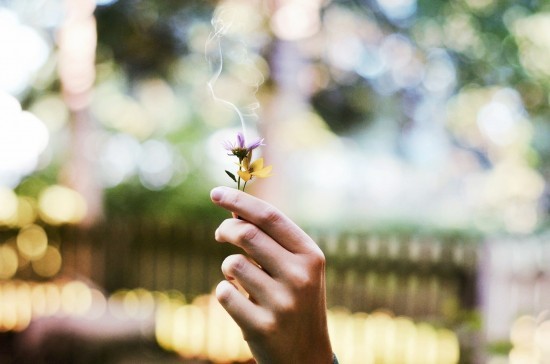 …I say my prayer, which is the Invocation of the Muse from Homer’s Odyssey…It’s about ten-thirty now. I sit down and plunge in. When I start making typos, I know I’m getting tired.

The quote above describes Steven Pressfield’s ritual he does every morning before writing.

Adopting a ritual of your own is one of the easiest ways to prepare your mind for creative work. Without a routine to follow, you might wake up with self-destructive (Resistance) voices already chattering.

A short ritual can help clear nagging thoughts and prime your subconscious to create. If you do the same thing every time, your mind will create a strong association between those actions and knowing it’s time to write, code, or whatever else you have in mind.

Rituals are extremely common among some of the world’s top performers – whether they’re professional athletes, musicians, or even business executives before a big speech.

Which ritual could you try before your own creative work?

It doesn’t have to be complicated. No robes or incense needed. The best rituals are ones that are easy enough to stick to without thinking. Mine is simple: a few stretching exercises, a cup of green tea, then open up a Word document.

If you travel often, try not to get too attached to a certain room or piece of equipment. The last thing you want to do is limit your ability to perform when you’re away from home.

Give a ritual a try. It’s a nice way to get out of your own way and slip into that creative mode where the muse shows up. It’s also serves as a cue that the work you’re doing is important, and you should treat it that way!

4. Know That Sometimes You’ll Feel Like an Impostor (and That’s Okay) 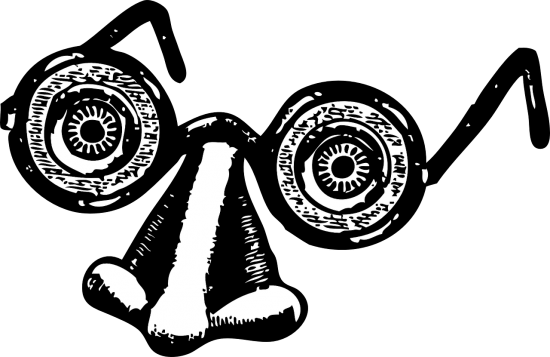 Like self-doubt, fear is an indicator. Fear tells us what we have to do.

If you’re pursuing a creative life, it’s only a matter of time before you confront self-doubt and fear.

“Is my product good enough?”

“What if I let my customers down?”

“Should I even be doing this?”

These feelings plague us all. It doesn’t matter if you’re just starting or have been at it for decades.

Sometimes you’ll feel like an impostor. You’ll question if you have what it takes. This is only natural. You’re toiling for long hours, putting your heart and soul into your creations. It sucks when they aren’t received like you’d hoped.

Pressfield has an interesting take on this. He thinks that sometimes being afraid is just part of a creative life. He admits that even now there are times when he feels like a pretender.

Instead of running from that fear or wishing it wasn’t there, he sees it in a different way. Fear, Pressfield says, is a beacon. You can use it as a guide toward the creative work you truly should do.

The more we fear something – the more Resistance rears its ugly head – the more important it is we do that thing!

Learning how to embrace fear (you can always start small and work your way up) will help you build skills and take on the most meaningful work possible.

What are you working on right now that’s outside your comfort zone?

You might be scared. You might feel like an impostor. But so did da Vinci, Mozart, and Michelangelo. We remember their names today because they pressed on despite those feelings.

5. Focus on Your Craft Above Everything Else 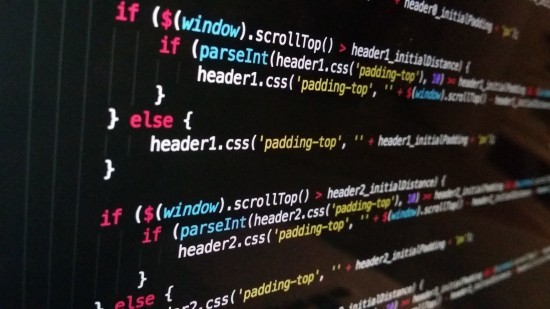 We must do our work for its own sake, not for fortune or attention or applause.

The reality of running a creative business forces us to always consider money. Without it, we can’t sustain ourselves.

That’s completely understandable. But The War of Art argues we shouldn’t obsess over it. To become a major creative success, we should turn that obsession to mastering our craft instead.

Learning to love the daily grind of getting better – of putting in the hours and making small improvements – will keep you fulfilled for decades. It’s healthier to focus on something you can control (effort) instead of something that comes as a byproduct of it (cash).

Focusing on your craft isn’t just a way to endure the boredom of daily practice. It’s also good business sense. The more value you create for your customers or clients, the more money you’ll make. And what’s the best way to create more value? Become better at what you do!

6. Commit to Becoming a Pro 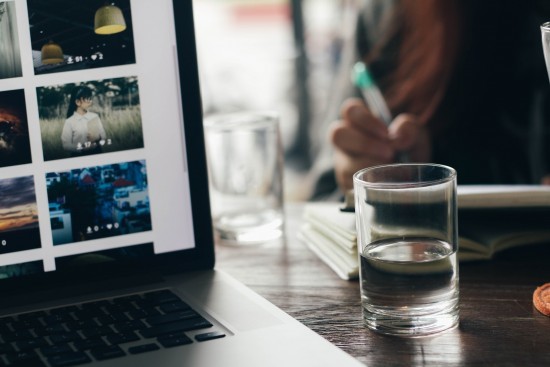 The amateur tweets. The pro works.

There’s a huge difference between being creative for fun and staking your livelihood on it.

Some of us never quite make the shift. We set up a creative business, but we aren’t careful enough to change our creative habits to reflect that new reality.

Creative work is challenging and mentally draining. And when we’re our own bosses, it’s so easy to put off doing it. We can’t afford to do this, though.

Pressfield urges us to recognize that sometimes being creative is a slog. We have to treat it like digging ditches, working in a factory, or any other job. We have to “punch in” and get to work. Whether we feel like it is beside the point.

The War of Art recommends a simple solution: to “turn pro.”

Professionals have a higher commitment to their craft. Unlike amateurs, they don’t put off work when they aren’t in the mood or feel too tired.

Simply making this commitment can be a huge relief. It’s much easier to go all in – with a 100 percent effort instead of an 80 or 90 percent one.

Following the creative path in life – and not just following it, but turning it into a great living – forces you to swim against the current. It takes hard work, commitment, and an obsessive focus on craft.

But the rewards are more than worth it. You’ll spend your days working on projects you love. Creating things that make an impact and wow your customers.

Sometimes making the adjustment from creativity for fun to creativity for money can be tricky. If you keep Steven Pressfield’s advice in mind, you’ll save yourself lots of time and frustration.

Have you ever struggled with creative resistance? What do you do to beat it when it shows up? Leave a comment below. I’d love to hear about your experience!

by Corey Pemberton
Corey Pemberton is a freelance copywriter and blogger who helps small businesses and software startups get more traffic and conversions online. You can find him on his website or follow him on Twitter.
Previous How to Build Your Brand as a Consultant or Freelancer
Next 5 Key Branding Tips to Help You Attract Better Clients