Freelancers: Are You Making These 5 Common Pricing Mistakes?

As a freelancer, what you charge for your time is of paramount importance. 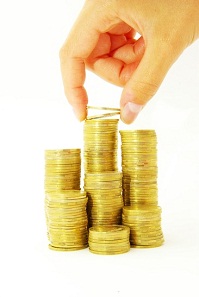 You’re trading away valuable hours and letting people access your talents in exchange for pay… and that sounds fair enough, but you need to pay close attention to what you are charging if you want to maximize your returns.

It’s not about being selfish, it’s about charging what you’re worth; it’s up to clients to decide if you’re “too pricey,” your job is to do great work and get paid appropriately.

The truth of the matter is, most of us have no clue what we’re doing when it comes to evaluating price.

Think you’re the exception? Look at these studies to see if any of these clever pricing tactics have managed to persuade you!

Then, figure out how you can implement them into your own pricing strategy!

The Myth of Fair Value

In William Poundstone’s famous book Priceless, he uses a variety of research studies to show that most of us seem to “just wing it” when it comes to evaluating prices:

“People tend to be clueless about prices. Contrary to economic theory, we don’t really decide between A and B by consulting our invisible price tags and purchasing the one that yields the higher utility.

We make do with guesstimates and a vague recollection of what things are ‘supposed to cost.'”

The startling thing is, a variety of pricing research proves that he is right.

Today we’ll look at 5 studies on pricing that showcase many common mistakes freelancers make when pricing their services.

If you’ve ever been hesitant to ask potential customers to compare your prices to others, rest easy: you’re doing the right thing!

New research from Stanford University reveals some pretty conclusive evidence that asking people to compare prices is not the right choice for businesses that rely on quality over quantity (read: all successful freelancers).

The researchers conducted a test using eBay and “flanking” (putting two similarly priced objects next to the test item) and found that most buyer’s reactions to explicit comparison requests (aka, being told outright to compare the items) resulted in more conservative buying patterns.

According to the lead researcher:

“The mere fact that we had asked them to make a comparison caused them to fear that they were being tricked in some way.”

Putting to rest once and for all the idea that low prices hold any sort value in the freelancing world (I told you they don’t! :)). Do the opposite: raise your rates and focus on the VALUE you provide rather than the money you can save them vs. the competition.

Need more proof that this is the right thing to do?

2.) Trying to Sell Savings Over “Time”

Look, I don’t care how productive you are, eventually you’re going to “max-out” with client work and the only way to keep your operation growing will be to hire someone… or raise your prices (that’s why I harp on this subject so much).

If you needed yet another reason to do so, consider this research from Jennifer Aaker on selling time vs. “selling” money (ie, making the pitch about time spent or money spent).

While the majority of the research focuses on having “good memories” with a particular product (Aaker notes this is why Miller Lite uses the slogan, “It’s Miller Time!”), there is one interesting takeaway from the study that I think all freelancers need to see.

According to Aaker on why people are more persuaded by time spent:

The bottom line: For most people, time is much more valuable to them than money.

If you are landing the right clients (those willing to pay) for your business, this becomes even more important: they see contract/freelance work as an investment in what they’re doing.

They would much rather pay you than deal with headaches that will waste their time. Obviously not every client is like that, but the top-tier clients always are.

I can tell you from my time as a freelance writer, when I moved to more serious clients (startups) I was routinely asked to do MORE work with no questions about my rate: I structured my services around the time + hassle I would save them, and they were glad to pay me to do additional work that took obligations and to-dos off their plate.

Are you focusing on showing clients how much time you can save them?

3.) Not Using Anchoring in Their Prices

The effects of “contrast” are noticeable in everyday life, but we often miss them when it comes to pricing.

For a simple example, imagine sticking your hands in hot water, and then immediately dunking them into a bucket full of ice.

Pretty shocking difference, right? Much more so than if you would have just took your hands from normal room temperature and stuck them in the same bowl of ice.

According to Poundstone, we look for similar cues when evaluating price:

Early experiments on anchoring (described wonderfully in this post by Peep Laja) eventually lead to some interesting tests that involved professional real estate agents (hey, at least it wasn’t a pack of lawyers).

Each test subject was given the information that a buyer would typically receive when buying a house, including a list of houses that recently sold nearby, nearby houses that were currently for sale and what the seller had listed the house for.

The subjects were then split into four different groups, and each groups was given a different listing price. Lastly, they were asked to estimate what the home was worth.

The results were pretty shocking…

As you can see, BOTH the student estimates and the expert estimates went up due to the anchoring, meaning that anchoring was even having an impact on real estate pros with years of experience!

What’s this mean for freelancers?

Simple enough: you better have a premium package! Even if you don’t plan on selling many, if you’re selling your services in bundles (which is a smart tactic), you definitely need to have a “platinum,” “enterprise,” “pro plus,” or whatever-you-want-to-call-it package available for big spenders.

If you’re hesitant, I encourage you to watch this video on the effects of “useless” price points and how they shift the way people buy:

4.) Not Utilizing Perception to Increase Prices

In one of my favorite pricing studies ever (I love all experiments that involve beer), researcher Richard Thaler set up two scenarios for subjects to participate in, both of which involved them being on the beach and then leaving to purchase a beer:

“How much would they be willing to pay?

Invariably, Thaler found, subjects agree to pay more if they are told that the beer is being purchased from an exclusive hotel rather than from a rundown grocery.

It strikes them as unfair to pay the same. This violates the bedrock principle that one Budweiser is worth the same as another…”

The bottom line: People are willing to pay higher prices based off perception. People like getting “deals,” but they’re more willing to pay top-notch prices if they perceive the price to be correct.

As we’ve seen, their perception is influenced by the social proof: the surroundings of the fancy hotel gave cues that higher prices were “okay” to pay.

You need to be getting clients to perceive you in the same way.

I’ve mentioned plenty of times that going from just another freelance writer to a bonafied “content strategist for startups” allowed me to skip the bottom-dollar clients and do the work I loved for great pay.

In our interview with the talented web designer Rafal Tomal, Rafal mentions that branding and taking on clients that grew his connections and “clout” was hugely important in growing his business.

Are you just another schmuck doing design/content/SEO, or are you positioning yourself as something more?

This next study includes elements of anchoring, but is notable by itself in that it shows the power of switching to three price points instead of two.

Researchers conducted tests by using different prices of beer (again with the beer!), starting out with just two prices and then shifting over to three.

(In order to better showcase this study with some nifty visuals, I’m going to borrow some graphics from the talented Nathan Barry. If you’re a web designer, check out his book on Designing Web Apps)

This was the result of the first test:

As you can see, the premium beer actually won out by a large margin. Nice!

For the second test, the researchers introduced the third beer, but this one was a super bargain beer, and was priced at only $1.60.

They then measured the purchase % in the same way as the first test.

These were the results:

Oh no! The super cheap beer encouraged everyone to pick up the middle beer, which was only $1.80, resulting in a severe drop in overall earnings.

Things do get better though…

For the third test, the researchers dropped the cheap beer and inserted a super premium beer, which was priced at $3.40.

Here were the results of the 3rd test:

Sales for the $2.50 actually improved, and overall revenue increased big time because now, 10% of people were buying the premier package.

So, if you’re a freelancer who sells web design packages, content packages, or even link building/SEO packages as a contractor, you better take note!

Having 3 prices (with that special premium package for anchoring) is likely to not only maintain the sales of your “standard” package, but you’ll see increased revenue from people who always buy the most expensive thing on the menu (trust me, they are out there).

Are you giving your clients enough price points?

To illustrate a great way to present your pricing, take a look at this free SEO proposal sample. The pricing section is focused on value.

Now I want to hear from you!

What did you think of these pricing studies? Do you make any of these mistakes yourself?

If you haven’t already, also be sure to pick up our free guide on Crafting the Perfect Proposal, a must read for every freelancer.

Thanks for stopping by!

by Gregory Ciotti
Gregory Ciotti loves small businesses & startups and gets nerdy about behavioral psychology on his blog Sparring Mind.
Previous 7 Ways for Freelancers to Avoid Getting Stiffed for Payments
Next 10 Negotiation Techniques to Successfully Raise Your Rates