For many of us, successful Silicon Valley startups can seem like aliens.

If we don’t have a tech business of our own – or even if we just live in a different area – there may be a lot we struggle to understand.

Most of us simply read the crazy success stories and admire them from afar. We assume that our businesses are just too different from theirs to compare.

That’s a shame. Because, while there are some differences between the business models, the principles that make them work can help you too – regardless of your niche.

So let’s dive in!

Universal Strategies to Grow Your Business

For a long time I had this idea that tech startups lived in a completely different universe than my marketing business.

In some ways this is true. Silicon Valley is in its own geographic bubble, with big venture capital money and astronomical valuations – even for some products or services that aren’t yet profitable.

But the more I learn about successful tech businesses, the more universal success principles I find. The lingo might be different, but there are a lot of key principles we can use to slash expenses, increase our revenue, and keep our competitive edge.

Every tech startup is different. Some are decades in the making; others dial up the magic success formula almost from the very start.

The one thing that binds them together is their willingness to apply proven business principles. This grounding in the fundamentals allows them to be as innovative as they can imagine with their products and services.

Understanding these principles can help you too. Here are six of the most important takeaways.

1. Get Ready to Fail Often

Starting and growing a business leads you into a world of uncertainty.

The only constant? You will stumble along the way. Probably hundreds of times.

That sounds depressing, but it doesn’t need to be. Most failures aren’t a poor reflection of our intelligence or work ethic. They’re simply running into situations or problems that we hadn’t planned for.

Mike Tyson has it right: “Everyone has a plan until they get punched in the mouth.”

These failure can sting our egos, and cost us time and money too. But once we accept that even the most successful tech entrepreneurs in the world dealt with them, it’s easier to keep things in perspective.

Practically every successful business has had products fail catastrophically. PR nightmares. Unexpected changes in the market. Some of the best entrepreneurs had multiple companies fail before finding the formula for success!

You can’t control failure all the time, but you can choose how you interpret it. You can beat yourself up and lament the lost time and money. Or you can see it as a chance to learn. To get better.

Failure is a figment of our imagination. A lion doesn’t agonize about the gazelle that got away; she just gets up again and hunts another.

You only fail if you quit. As long as you keep working and learning, you’ll get there eventually. 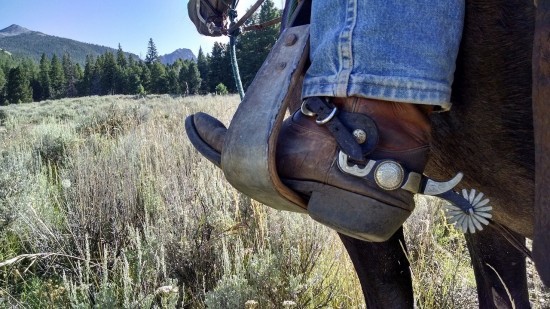 While plenty of tech startups raise money the old-fashioned way with outside investors, others go a different route. They use their own money instead. They start their businesses with as little investment as possible, keeping full control of the process.

That process is known as bootstrapping. This is the approach our very own founder, Ruben, took when he built Bidsketch as a side hustle while working as a software developer.

Being a bootstrapper means keeping your expenses low and bringing a product to market quickly. The goal is to give yourself as long as you can to become cash-flow positive before the money runs out. With low expenses and no external investors to worry about, it’s easier to do this.

With some hustle and persistence, you can get that first batch of customers. Then you can start using your excess revenue to reinvest into the business.

In the beginning, bootstrappers often find themselves doing everything on their own to save money. But as the business becomes more profitable, they can invest into outsourcing or hiring employees, freeing up time for them to focus on whatever they do best. 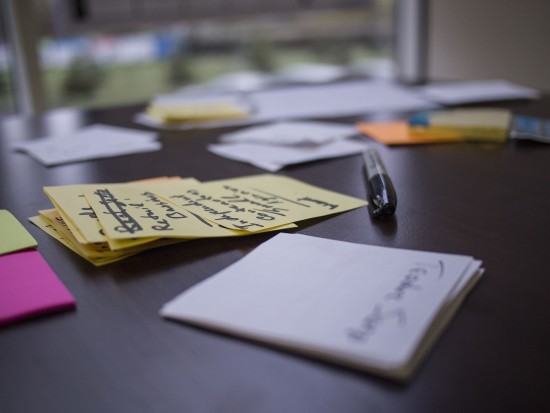 You don’t have time to be a perfectionist. Not if you want to succeed in business.

Perfectionists give in to that temptation to tuck themselves away and dream. To agonize over generating that perfect idea – and work through every little detail before they take action.

Ideas that sound good in your head don’t always translate to strong sales.

Successful startups know this well. That’s why they focus on creating something, selling it, and generating feedback to improve. The cycle won’t start if they refuse to release a product.

One of the key principles of Eric Ries’s book Lean Startup is developing a minimum viable product (or “MVP”). This product isn’t perfect. Probably far from it. It’s the best product you can create with the resources and knowledge available at the time.

Successful startups release MVPs with zero expectation that they’ve landed on the final version of the product. They understand the purpose of the MVP is to get the validation they need from the market, then iterate to better or more comprehensive versions.

While it’s great if your MVP brings in enough revenue to turn a profit, the ultimate goal is to get real-world feedback from your customers.

We can’t afford to make assumptions. The only thing we can do is analyze how people use our products. The questions they have. The additional features they want.

Once we have market validation that the product is financially viable, then we can use the feedback to make it better and improve the customer experience.

The last thing we want to do is lock ourselves away for years developing something in a black hole with absolutely zero feedback. Better to get the “first draft” version of your product out there then see how you could improve. 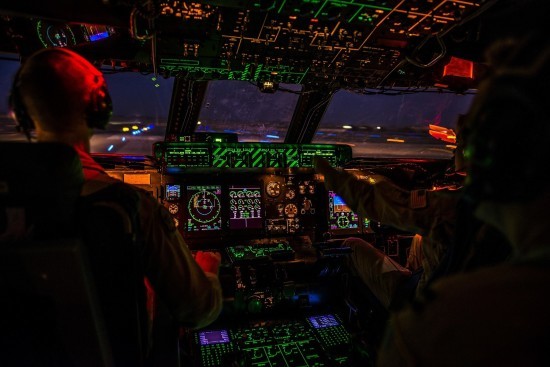 4. Avoid Getting “Feature Happy” in the Beginning

Can you imagine if Facebook was founded with all the features it has now? How about Twitter?

Me neither. Having so many pieces that soon would have overwhelmed even geniuses like Mark Zuckerberg or Jack Dorsey. The most successful tech entrepreneurs live by this principle: keep things simple in the beginning.

Even if they use incredibly complicated technology, they don’t leave it up to their audience to figure out what they do and if they could help them. They’re careful to break things down in terms everyone understands.

We already have too much noise on the Internet. Spammy ads. Clickbait articles. Mediocre content.

Your audience is overwhelmed; they don’t have time – or the slightest inclination – to sort through your suite of two dozen products to see if one is a good fit. If your offer is confusing, they’ll take their business to one of your competitors instead.

We need to focus on the key pain points we’re trying to solve, then offering the simplest solution to do so.

Stretching yourself to add all kinds of extra features is stressful. And, without a strong brand identity and marketing message, it could confuse your time-strapped audience.

Once you distill the core problem you’re trying to address, what are the most important features to help you do this? How can you package them in a way that’s simple and makes sense?

Giving your customers a few options is good because it gives them a sense of control in the buying decision. But when in doubt, less is more.

You can always add features or introduce new products later on, once you have a solid customer base and the revenue to grow. 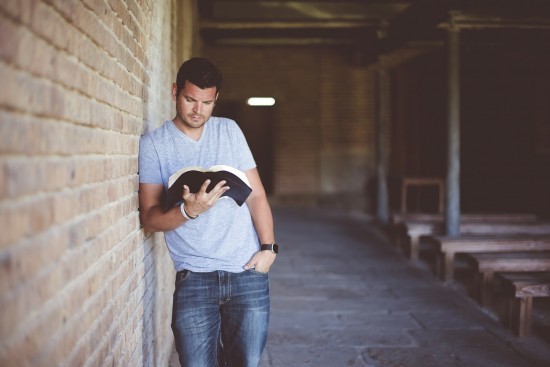 5. Learn How to Sell

Bad news for all the introverts and shy types out there. Part of being an entrepreneur, freelancer, or self-employed means making sales.

Even if you have killer advertisements or inbound marketing qualifying leads and bringing them in, it’s still your responsibility to close the deal.

You aren’t just selling potential customers either. You’re selling investors, partners, and even employees to buy in to your vision.

We can’t afford to ignore this. We’re in the sales game. So we might as well be good at it.

I know this can be uncomfortable. I’ve been there.

But selling doesn’t mean you have to be manipulative or pushy.

Check out a few classic sales books. Read them with an open mind. You’ll see that some of your ideas about what it takes to be great are misconceptions. You don’t have to be Jordan Belfort from The Wolf of Wall Street. You have to listen.

Enthusiasm and clarity are your greatest tools. If you’re excited about the problem your business can solve, it’s simply a matter of distilling it to the essence of what makes you uniquely qualified to offer the solution.

It might suck right now, but you’ll get better (and more comfortable) at it with time. 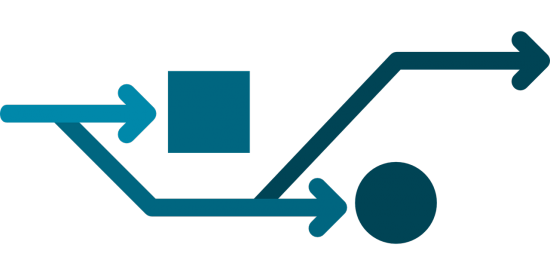 6. Be Willing to Pivot Where Opportunities Take You

Pivoting might mean adding more features or products. It could mean expanding into different markets, changing markets, or streamlining your offers to just one or two flagship products.

You’ll never know unless you’re listening to what your audience – and the data – is telling you.

The business model we assume we’ll end up with is usually different than where the market leads us. For instance, you might start out as a web design agency serving local brick and mortar businesses. Along the way, you end up developing a software tool to help you. This tool is so valuable that you shift your business model to serve fellow designers.

It’s hard to predict which opportunities we’ll see a few years from now. So it’s up to us to keep an open mind. Some of the most successful startups went in a completely different direction than when they were founded.

If any of them had been anchored to the thought that their business must be the original model, they would have missed out on incredible chances to serve customers and make a lot of money.

A Recipe for Explosive Growth

Even if you aren’t trying to start the next huge tech company, there are plenty of lessons from Silicon Valley greats you can apply to grow your business.

The products and services are different, but the principles are the same. Stay agile. Use real-world feedback to guide your decisions and better serve your customers. And don’t be afraid of stumbling a few times along the way.

by Corey Pemberton
Corey Pemberton is a freelance copywriter and blogger who helps small businesses and software startups get more traffic and conversions online. You can find him on his website or follow him on Twitter.
Previous 3 Proven Ways to Improve Your Client Testimonials for More Sales
Next Going Paperless: How to Make It Work for Your Business